One of the coolest developments of the last calendar year was MiLB.com making game logs from each game freely available. Jeff Sackman, who runs the SB Nation blog Brew Crew Ball, took advantage of this and created minorleaguesplits.com. Today, penning a piece for The Hardball Times, he takes a look at minor league catchers and their ability to shut down their opponents running game.

After watching Chris Stewart throw out Grady Sizemore trying to steal on a Charlie Haeger knuckleball, it came as no surprise to me to find Stewart listed as the top minor league catcher in terms of CS% (52.7%). He ranked third in terms of overall effectiveness shutting down the running game. And you'll notice the name Gustavo Molina creep into the top 10 in that same category.

As far as I'm concerned, this is just another reason to put Sandy Alomar out to pasture for the third time. You're choosing between an old guy who can't hit or throw guys out, and a couple of young guys who also can't hit but can occasionally throw out a runner.

* * * * *
Baseball Reference rolled out a new feature that allows you to neutralize a players stats, then transport that player to the run scoring environment from any park after 1900. Pretty neat tool.
* * * * *
I know I've ragged on Pinto's PMR in the comments before. It often clashes with other fielding metrics and my own intuition regarding some players. No metric is perfect, nor is my own perception. Pinto has once again (he did the same thing in '04) taken BIS' data and made a graphical representation of each players fielding prowess.

Browsing through the charts tonight, I noticed a strong correlation with my own thoughts on a couple of players. For instance, when the data for 3B was released, a poster at Soxtalk wondered how many doubles Crede saved. I wanted to chime in that I thought that it was less than some other guys like Punto and Inge, but stayed quiet for fear of being attacked by the mob. My theory was that Crede's high ranking was more about his superior talent for smothering the balls that would get by most defenders than great range. Take a look at Crede's chart (after the jump) and you'll see a graphical representation of just this. I included graphs of Brandon Inge and Nick Punto (two guys with the ability to make spectacular plays on the foul side of third base) and Mike Lowell (often referred to as having the great hands, but limitted range) for comparisons sake.

I also included Brian Andersons chart. Notice how much better he is going to his right (LCF). Part of this is no doubt due to excellent positioning, but not all of it. This was something that I innately noticed during the year. It seemed like whenever a ball was hit to the left side of CF it was an automatic out, but balls hit to the right side often found Anderson shading the opposite direction. 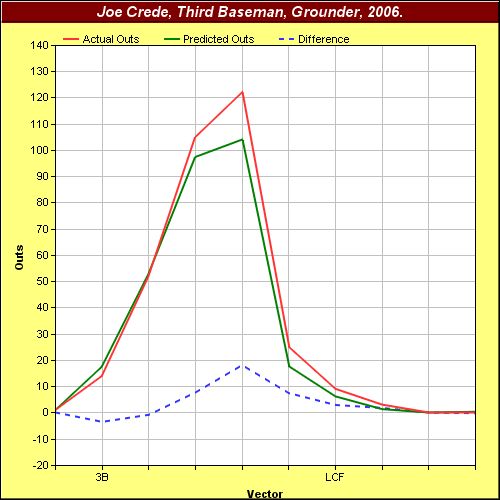 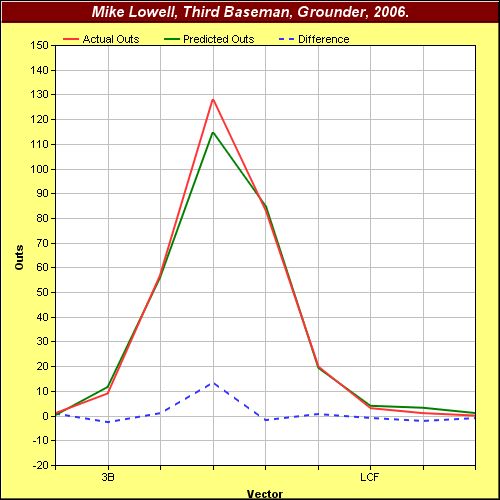 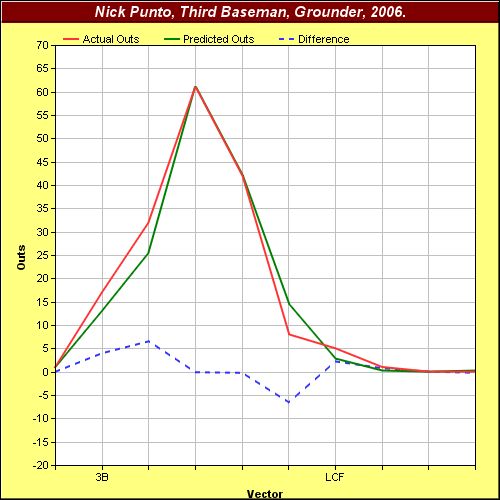 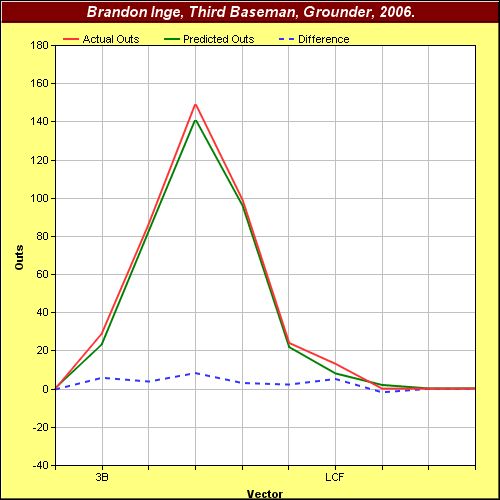 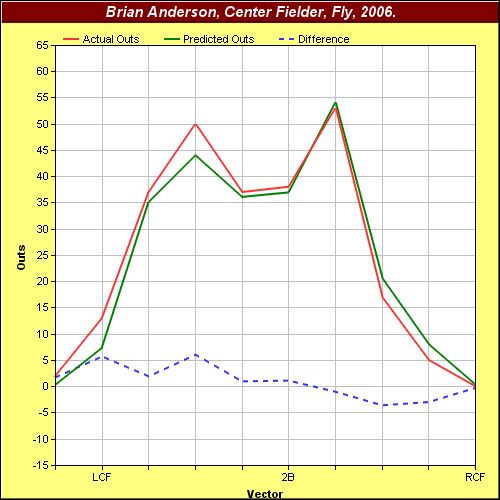