The White Sox have only won 6 games by a score of 1-0 under Ozzie Guillen. Most significantly, they opened the 2005 season with a 1-0 victory, then opened the '05 second half with another 1-0 win before finally closing out the World Series with the most memorable 1-0 game of my lifetime. 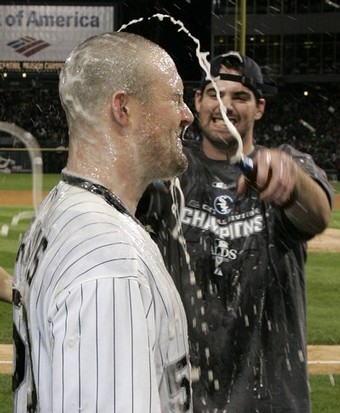 Before tonight, their only 1-0 win outside the magical '05 season was the Anthony Reyes 1-hitter in '06, which also featured Jim Thome providing the game's only offensive tally.

I bring this up not just because it's a fun bit of trivia, but because this is how playoff games are played. The playoffs are about pitching and defense, and the Sox are clearly lacking the latter (in the outfield, at least) so they have to make it up with the former.