Lining Up the Suspects

Share All sharing options for: Lining Up the Suspects

I've always kinda hated prospect rankings. Player A is ranked 3 and Player B is ranked 9; so that means what, exactly? He's 6 better? 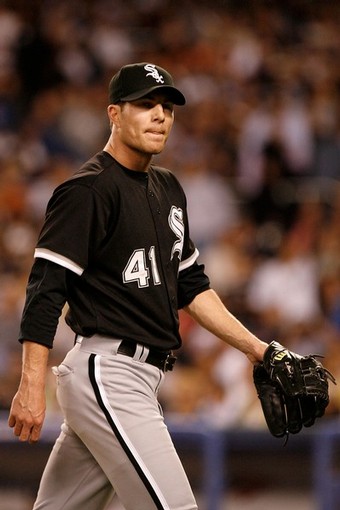 Conversely, I've always enjoyed the actual act of ranking prospects, and generally subscribe to the idea that (under the right circumstances) a large group of reasonably educated people can collectively come to a conclusion as accurate as a one from a supposed expert.

So, you can see my dilemma. I'd like to mine the input of my fellow SSSers to output a prospect list, but what does that resulting list really say?

I've thought about ways to come up with a more meaningful ranking system, and have experimented with something like the USS Mariner's Future Forty in the past. I'm not smart enough to come up with a system in which I'm fully satisfied, so this is the beginning of another half-hearted attempt at a prospect classification system.

The basis for this system is that there are fundamentally 5 types of prospects.

The strength of the system lies in the classification of what keeps a particular player out of one category over another, something that tells us more than 4 is better than 6. Oh, and of course, your input went into the general classification of the players. I didn't put up the entry form until Friday afternoon, so if you have participated there's still time. I'll eventually post an College AP-style poll with our rankings, but for right now lets take a look at the guys who fall into the Suspects category. Follow me over the jump.

And Colin, I saw you had a piece scheduled to post Monday morning. I moved it back to the early afternoon to more accurately reflect your circadian rhythms.

Dexter Carter -- While Silverio is an example of scouting gone wrong--this lead sounds funny because I regrouped the players--Carter was a steal in the 14th round of the 2008 draft, presumably on strong scouting. Carter couldn't find the zone in his limited playing time at Old Dominion, but the Sox have immediately cleaned up his delivery and it's paying dividends. He's got a big frame and a solid fastball (90-93 MPH), plus a mid-70's curve that he used to rack up bundles of Ks in the Pioneer League. Needs to refine his change and put up some number in full season ball (High-A, I presume) next year to make the jump up the prospect ladder.

John Ely -- Without sounding too much like Joe Morgan, Ely needs to be more consistent. The 2007 3rd rounder showed no ill-effects from skipping Low-A in April, but he struggled to match those results for the rest of the season. He has a plus changeup (perhaps the best in the Sox system) and low 90's fastball, that he used to post solid peripherals. But he was unable to convert those peripherals into run prevention. Nevertheless, peripherals are often a more important prospect indicator, and he could find himself loving the spacious dimensions of Birmingham next year.

Lucas Harrell -- Health. Harrell has the stuff to compete on the major league level, but hasn't seen much action on the mound since mid-'06. He missed last season due to shoulder surgery, and and only got 60 innings in this season, so the Sox have sent him to the AFL to get some extra work. His fastball was supposedly back (90-94 MPH) in spring, and, I know this should come as no surprise to many of you, I wouldn't be surprised to see him shoot up the system next year.

Steven Upchurch -- Upchurch was the top ranked draft prospect out of the state of Alabama in the '08 draft. A signability pick, the Sox picked him up early on day 2 and found his demands quite reasonable ($128K Bonus, less than 6th round pick KW jr.). His performance (1.09 WHIP in 30 IP) in the Appy league and age (turned 19 after the season) would have me putting him in the "prospect" category, but you've got him grouped here. I imagine he'll be sent to Kanny out of spring, which would make him the Sox best young pitching prospect.

Daniel Hudson -- Hudson was Carter's college teammate, and was drafted a day earlier than him. They posted remarkably similar numbers in Great Falls, but Hudson is the more polished of the two, which might be a bad thing. Hudson has always been a Vazquez-type who posts strong peripherals but mediocre run prevention. He was supposed to dominate Rookie League hitters. I don't think we have enough info to put him anywhere but the suspects category.

Brett Morel -- Admittedly, I forgot Morel when I was making our form. And the truth is I like him a lot more than many of the other suspects listed here. I liked his swing from the scouting video on draft day and noted that he should be able to produce a high average throughout the minors. He reportedly has a strong glove at third, and at least partially answered some of my concerns by posting a decent walk rate. He should probably be paired with Danks at and the ODU pitchers in Winston-Salem next year.

Lance Broadway -- Hit rate. Hit rate. Hit rate. You can't find anyone who had a successful major league career after posting a hit rate like that of Broadway in '08. Broadway has below-average stuff, especially for a 1st-rounder. I'd still say his best comparable is probably Josh Towers, but Broadway has never demonstrated that kind of control at any professional level.

Kyle McCulloch -- Lance Broadway minus a level. I'd rank him as a non-prospect were it not for his draft pedigree, 28th overall in '06.

Justin Cassell and Jacob Rasner -- Both have older family members who are what I would consider AAAA-type talent. Both kept their ERA's low thanks to a number of pitches and an ability to induce ground balls. Cassell led the Southern League in ERA among those qualified, but probably doesn't have a single pitch that could be considered a plus major league pitch. Rasner has a decent fastball (90-91 MPH), and at 21 was age-appropriate for his league (Carolina), so he's a slightly better prospect. But both need to repeat and/or improve their performance while jumping a level before we should start taking them seriously as prospects.

Jon Link and Kanekoa Texeira -- Minor league closers = limited ceiling. Link has a solid fastball (low-to-mid 90's) while Texiera has nasty slider to pair with his (90-91 MPH fastball). Both could be in the mix for a back-end spot in the bullpen this spring, but figure to open the season in Charlotte.

Cole Armstrong -- Armstrong may be a bit of a late bloomer, and for the Sox sake, I hope he is. He was picked up in the minor-league phase of the Rule 5 draft a couple years ago, and seemed like an odd add to the 40-man last off-season. He figures to only be a back-up at the major leagues, but he's improving his case for that with a strong showing in the first few games in the Arizona Fall League.

Juan Silverio -- Silverio ranks here based on his signing bonus ($600K) and age(17), which may not even be accurate. Silverio didn't impress in the Appy League. In fact, he was described as "completely overmatched" by Baseball America, who noted his "mature upper body"--hmm, perhaps because he is mature--poor pitch recognition and "slow feet." Honestly, he's a non-prospect who has $600K, minus whatever he gave Dave Wilder.

Jose Martinez -- Martinez was a strong performer who faded late in Bristol last season. His youth and tools had him ranked solidly among the "plain ol' prospects" last year, and had the Sox skip to full season ball this year. He started slow, but had really seemed to adjust to A-ball in May before disappearing for the season, which our Bureau friend said was due to a broken foot. If healthy, he might be sent back to Kanny out of spring, but look for him to find his way to Winston-Salem by the end of the year to put himself back on the prospect map.

Jerry Puentes -- The most interesting player from the Sox two Dominican teams. He posted a decent OBP and strike zone control as a 16 year old while playing shortstop. Assuming the age is correct, and that's a big assumption after on the Wilder fiasco, Puentes is the prospect that Silverio was supposed to be. Yes, .284/.357/.335 is a very good line for a 16 year old in the DSL. I assume he is one of the other unnamed players who the Sox signed at the same time as Silverio, and would expect to see him in Bristol next season.