Joe Cowley can rest assured that Orlando Cabrera will not be back next season, but that has more to do with his contract demands (which haven't been made public) and unwillingness to discuss extension prior to testing the free-agent waters than his play on the field. When ChiSox.com runs a headline saying Cabrera's "likely to move on," and the Twins are sniffing around to see if he's a fit, it's pretty safe to assume that Cabrera will not be back. 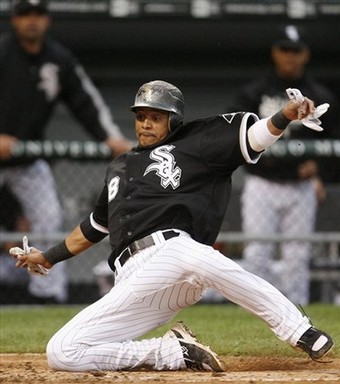 For many, their view of Cabrera was shaped by his slow start and reported call to the press box in Toronto, which led to his media blackout and Cowley's incessant attempts to paint him as a clubhouse cancer. Cowley's most biting criticism was that Cabrera was not the clubhouse leader he claimed to be. But the Sox were a veteran club, and were not lacking in leaders. Jim Thome, Paul Konerko, AJ Pierzynski, and Mark Buehrle all led in their own unique way. And perhaps that's why it took Orlando some time to adjust, this was a team who needed only his contributions on the field.

The reality is that Cabrera let his play do the talking following his tiff with Cowley. He hit about .300/.345/.400 since the press box flap with defense that was average-to-above-average at a premium position. For Sox fans, there was no reason to hate Cabrera. He was an excellent non-superstar role player miscast as a lead-off hitter, who just happened to upset a beat reporter, and was slow to understand the White Sox' clubhouse dynamic.

Cabrera's legacy on the south side might be different if the Sox failed to make the playoffs. His comments about the Sox play down the stretch might have had more staying power. But the Sox made the playoffs, and Cabrera will likely be viewed as a hired gun who helped them get there. And best of all, he may be worth more to the Sox as he walks out the door than if were to stick around.

Cabrera is set to become a type-A free agent this off-season, and as such, the White Sox, should they offer him arbitration (and they better, dammit), stand to pick up an additional two draft picks (between picks 17 and about 55) in the '09 draft. You need look only as far as the Boston Red Sox for a demonstration of how valuable those picks can be. Their compensation for the loss of Orlando Cabrera following their '04 World Series title--the 23rd and 45th picks in the '05 draft, turned into Jacoby Ellsbury (CF) and Jed Lowrie (SS)--are currently playing an integral role in their march towards a '08 crown. The free agent compensation system, when used efficiently, can create a great influx of young talent.

South Side Sox salutes you, Orlando; for your steady play and unacknowledged leadership with (perhaps) our shortstop of the future, and most of all, your ability to stay healthy enough ensure you would become a Type-A free agent. Thanks for a great year.