Joe Cowley earned himself a bit of a scoop Saturday with the news that not only had Dayan Viciedo, who has been called "Cuba's Best Teen Talent," successfully skirted the draft process and been declared a free agent, 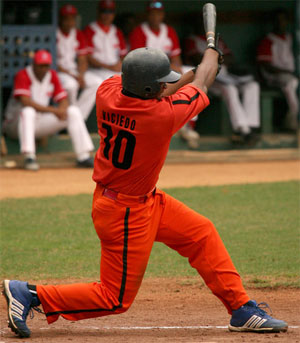 but the Sox appear to have something of an inside track to acquiring the current third baseman (who projects more as a 1B/DH). Viciedo, like Alexei Ramirez and Jose Contreras, is represented by Jamie Torres (who figures to be Cowley's connection here).

"[The Sox] have shown a lot of interest," Torres said. "It seems they have done a lot of research. To be honest, they do have an edge having Alexei and Jose. If I were to tell you they didn't, I would be lying. They are an organization that got Alexei and are very happy. Chicago is a very attractive place."

According to Baseball America, he's comparable to Angel Villalona, the Giants' top position prospect who recently signed for a $2.1M bonus as a 16-year old out of Venezuela. Villalona was originally signed as a SS, who projected to be a 3B in the majors, but was immediately placed at 3rd once he started pro ball. He now figures to be a 1B by the time he reaches the majors. Viciedo is said to be even more of a big body than Villalona, with Torres comparing him to a linebacker. But at least one scout liked his bat better than Villalona's.

"His body could go the same route as Livan Hernandez, and when I saw him in Mexico, he wasn’t very good at third base anymore," one international scouting director said. "But he can really hit; in fact, I think he’s probably a better hitter than Villalona."

What are the Sox chances of signing Viciedo?

I'd say the Sox chances are probably slightly less than they were last year with Alexei Ramirez. I say slightly less because of Viciedo's youth. Let's recall the Ramirez signing...

Last off-season, we were collectively quite excited at the news that Ramirez had defected--Seriously, read some of those comments--and followed his progress closely during the winter leagues. A poor showing in the DWL and a lack of interest from other teams tempered our enthusiasm considerably when the Sox signed him shortly before Christmas.

As we stated in our first post about Alexei, he was basically fully developed. He is what he's going to be (essentially). Viciedo, however, will have some time to develop. So while the market for Alexei was limited because teams didn't see much projection, the market for Viciedo will be much deeper, as many teams will see this as an opportunity to add an extra high-round draft pick to their '08 class. 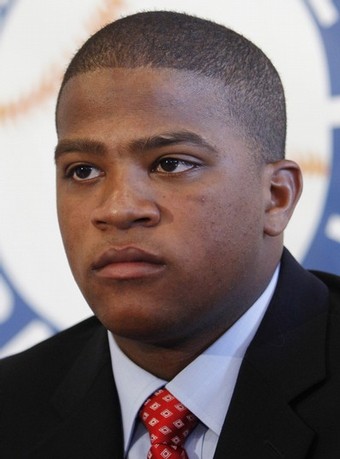