Share All sharing options for: Twins Sweep White Sox, Season on the Brink

Nothing worked. I changed up my routine, played hooky, put on my lucky '05 gear, chewed on one of those orange plastic rings off a bottle of Gatorade while nervously stroking some two-day old stubble. But none of it worked. The Twins kept chipping away. 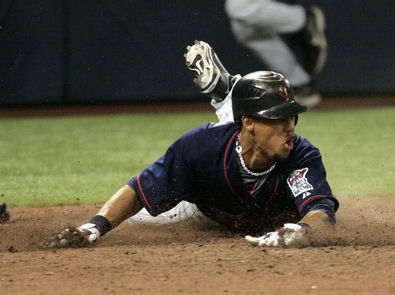 The Twins offense is a Chinese water torture attack of broken bats, bloops, blistering speed, blown calls, and of course, clutch hits. It was scratch and claw, dink and dunk; get 'em on, get 'em over, get 'em in.

And there was nothing that could stop it. Gavin Floyd, the White Sox' stopper? Nope. 11 hits in just under 6 innings of work.

And Finally, Bobby Jenks, needing 5 outs to save the season. Fail.