You're Just as Freddy as You Were Back Then

Share All sharing options for: You're Just as Freddy as You Were Back Then

Mostly cloudy with a 40-percent chance of rain. Winds blowing out to center field at 5-10 m.p.h. Game Time temperature: Near 70.

Freddy Garcia may be a familiar face to those around here, but his repertoire is no longer so familiar. He lost velocity in his final season on the southside, and, in lieu of admitting he had a shoulder issue, attempted to reinvent himself as a junkballer. For the most part, Garcia was largely unsuccessful, save the final month of the '06 season when he emerged with a "new" split-finger pitch. A further drop in velocity (and effectiveness) in '07 with the Phils had Garcia opt for mid-season shoulder surgery, which put him back on the free agent market this August, where the Tigers picked him up.

Garcia now has a fastball that sits at about 88-89 MPH and tops out at about 91. Unfortunately for the Sox, it appears he doesn't throw it nearly as much as when he was in black. He's got a good changeup and about 80 MPH and a slow curveball around 70. His slider and splitter also sit at about the same speed as his change, so for Sox hitters, who've never seen this version of Garcia, the key to knocking out Garcia will come down to pitch recognition. He's only started two games at the majors, and he could be fired up to face off against his old team and the guy he was traded for, so this scouting report comes with a bit of an asterisk. 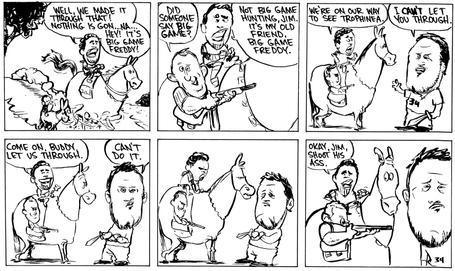