The Evolution of Ozzie Guillen's Hook

Share All sharing options for: The Evolution of Ozzie Guillen's Hook 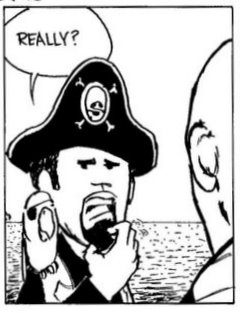 Late in the season when I was upset that Ozzie Guillen's quick hook cost the Sox a game, I promised to revisit the issue at greater length over the off-season. With the holidays officially over and most of America returning to a more normal schedule Monday, it's time to get South Side Sox back on track as well. And what better place to start than examining the evolution of Ozzie Guillen's hook.

Early in Guillen's tenure as manager, it was evident that he intended to give his pitchers a bit more rope than Sox fans were used to. Guillen's '04 Sox ranked first in all of baseball in 100+ and 110+ pitch games, but fell behind a number of teams in the 115 and 120+ pitch categories.

This approach, allowing a pitcher to work himself out of early (and sometimes late) jams, minimizing the use of the bad-end of the bullpen, earned Guillen praise from seemingly antithetical sources including Hawk, Pitcher Abuse Point watchers, bloggers (yours truly), and various saber-types. Guillen was given particular credit for the growth of Jon Garland as he we allowed to work deeper into games.

That trend continued in the Sox World Series run and the '06 & '07 seasons, as they led all of baseball in 100+ pitch outings, yet didn't top any of the other high-pitch count categories.

That philosophy changed in '08, however, as the Sox didn't lead any of the high-pitch count categories. (Interestingly, the club that led baseball was managed by Guillen's predecessor Jerry Manuel.)

What strikes me isn't the 20% drop in 100+ pitch outings--That can easily be explained away as a bit of a fluke, increased confidence in a bullpen which had a great first 3 months, or the desire to protect 1/5th of the rotation, namely John Danks--it's the precipitous drop in 110+ pitch games. Guillen allowed Sox pitchers to reach that mark in only about 10% of games this season. That's down from about 25-30% in his first 4 seasons.

I'd love be able to drill down and see if there was a large difference in leverage index when Guillen made the initial call to bullpen, but I wouldn't know where to begin and it seems like it might be an arduous task. Anecdotally, purely from my own faulty memory, it seemed like the bullpen started an inning after the starter was pulled more often than in the past.

I'd like to see Ozzie return to his '04-'07 form next season, limiting the use of the replacement-level end of the bullpen in favor of his above-average starters. But with a rotation which looks to contain two young pitchers who have less experience than '08 Danks and Floyd, I'm prepared to see more of the quick-hook Guilen in '09.