After weeding out the jokesters -- No, the Sox aren't going to win 162 this year. No, the Twins didn't win the division already with 117 wins. Yes, the Royals are going to win more than 20 games -- it's clear the South Side Sox community feels that the AL Central is a 3 team race, projecting to the Indians, Twins and White Sox to have 85-86 wins.

The Sox actually have the highest average at 86.55, but I suspect that's largely because of this poll's selection bias. If we remove 3-4 wins from the Sox total to compensate for the bias, it still leaves the Sox in the division title conversation but just behind the two favorites.

Each team, in one paragraph

Indians -- The offense should be improved with addition of Mark Derosa, Shin-Soo Choo earning a starting role, the return of a health Victor Martinez, and maybe, just maybe, Travis Hafner proving his swift decline was only a fluke. They're considerably less frightening on mound, where Cliff Lee, who's having a brutal spring, is unlikely to repeat his '08 performance. Fausto Carmona might be able to pick up the slack bouncing back from a disappointing sophomore campaign. But the back end of the rotation looks much like the Sox Hope and a Prayer unit, running out the always-injured Carl Pavano, the mechanically-troubled Anthony Reyes as a reclamation project, and the effectively forgettable Scott Lewis, who has started only 8 games above AA. They have mid-90's win potential if their pitching comes together. 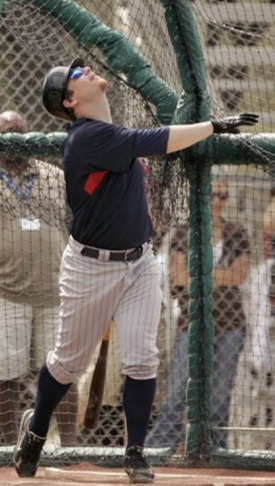 Royals -- How long will we continue to write that the Royals are still another year away? I might have projected them about even with the Sox had they not made a series of moves (Kyle Farnsworth, Mike Jacobs, Horacio Ramirez) that seemed to be about adding payroll more than wins. Offensively, we'll be waiting for the breakout of Alex Gordon and Billy Butler. Their rotation is pretty good with a front four of Gil Meche, Zach Greinke, Kyle Davies and Brian Bannister, but if they add Ramirez for the sake of having a lefty in they're giving away a few wins. If they had been expertly stewarded this off-season, I would say this was the year; but a few questionable decisions may leave them a few wins short of contention. In this division, that's all it takes.

Tigers -- Onerous contracts to Gary Sheffield and Dontrelle Willis combined with an economy that may be hitting Detroit harder than any other area of the country forced the Tigers to have their quietest off-season in recent memory. They strip-mined their farm system to build a roster that's now clearly older than the Sox. They're a decent offensive club, who, like the Sox have too many players on the wrong side of the aging curve. They'll hope that Jeremy Bonderman is finally healthy and worth his contract once again, and that either Nate Robinson or Dontrelle Willis can step up to prevent the rushing to the majors of Rick Porcello. They are a slow start away from attempting to sell off any salary not attached to Miguel Cabrera.

Twins -- Backs will tell the Twins story this season. Their only significant addition was Joe Crede until Memorial Day, or whenever his back decides to give out. And their best player, Joe Mauer, has already been troubled by lower back problems. If they get 260 games out of those two, they'll probably win the division, but that seems like a long shot right now. So they'll have to rely on their pitching, a solid rotation includes Francisco Liriano, Scott Baker, Kevin Slowey, Glenn Perkins, and Nick Blackburn, and a relatively young, batting-average-reliant offensive core. A good team, but not good enough to project as a clear division favorite.

White Sox -- The White Sox have a hole at CF so large NASA has begun to explore the area in USCF in search of anti-matter, while the back end of the rotation appears destined to be filled by two old pitchers coming off injuries. With a host of unknowns from CF, 2B, 3B, to the rotation and aging concerns, the Sox have too many questions to rank as the division favorite, or even among the favorites. They'll need a host of issues to fall their way to contend. But we've seen it happen before, as late as last season.