Share All sharing options for: Playing With Matchups: Chris Jakubauskas vs. John Danks 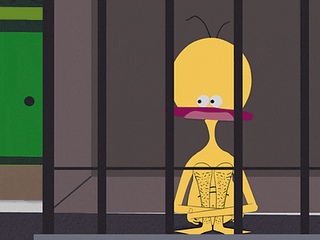 No, not Jackovasaurs.  Jakubauskas.  Chris, as his parents call him, bounced around for a few years in the independent leagues without really dominating. According to Dave Cameron, he's Ryan Franklin redux.  Jakubuaskas is replacing Ryan Rowland Smith (who took a trip to the DL) in the rotation.

Regarding his pitches, it looks like Jakubuskass (RHP) has used a fastball-change-curve mix in his two starts this year.  Disregard the crappy MLB default pitch recognition algorithm, as I'm pretty sure he's throwing just a nothing special four-seamer between 88-92.  If he can spot it, it'll play okay. His curve is a big 12-6 type with lots of downward break, but he's had some problems getting it in the zone.  When batters swing, they generally don't get much lift or good contact and he got a good number of called strikes against the Angels with it.  The change looks like a show me pitch.  He's only thrown a half dozen or so in 160+ pitches in his 2 starts.  It's a pretty limited arsenal.

So yet another no name pitcher takes on the Sox with what appears to be a mediocre repertoire.  Great.  Under normal circumstances, I'd say Jakubaassdgfwvas would be especially vulnerable against lefties, since his change is not a strikeout pitch and he lacks a cutter and his velocity is lacking.  I'd also say that Sox right handed batters struggle with sliders of all pitches RHP throw to them which Jkubaasfpojhasf doesn't throw and they hit fastballs quite well and lay off curves with some skill.  So definitely put Jim Thome in the lineup and expect fireworks.  But If I can't spell his name, I doubt Sox batsmen will be familiar enough to give this replacement level pitcher adequate definition.

The Mariners do not have a very good offense.  This was expected coming into the year and they've so far performed even worse than that.  They're second-worst in the majors in wOBA despite a fairly normal .287 BABIP, good for a .253/.306/.366 slash line.  They're worst in the league in walks per PA and nearly last in ISO.  This was supposed to be a pitching and defense team and it's so far lived up to that billing.  The former ought to be suspect tonight and the latter is bolstered by outfield defense that matters much less in The Cell.

And a lefty like Danks leaves them somewhat more helpless, as Russell Branyan loses his roar against southpaws.  PECOTA thinks he'll hit .245/.351/.534 against RHP this year, but just .210/.304/.452 against lefties.  And of course General Soreness suffers similarly.  Mike Sweeney will take the place of one of them tonight, but his splits are not exactly imposing either: .264/.324/.406 against LHP.  And from either 1B or DH, that's below replacement.

The sock in the lineup should come from Adrian Beltre, who's slumping right now, and Ichiro, who's been back since Tax Day.  Both are above average hitters. Franklin Gutierrez and Jose Lopez are pretty solid against LHP, too.  The rest are forgettable.  It is a contact-oriented team, so if Danks makes mistakes, they can hit line drives, but the almost total lack of power and walks should take its toll.  They're also fast, so Danks better have his move working.  AJ is obviously not going to help.

This is seemingly a lopsided match up.  So I assume we'll lose by 8.