Brushing Up On Paul Byrd

Share All sharing options for: Brushing Up On Paul Byrd 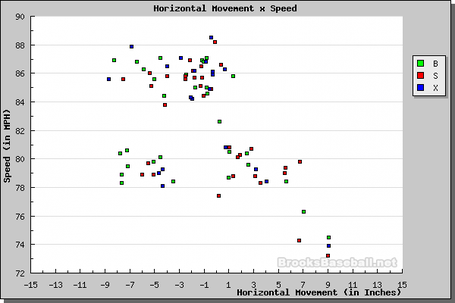 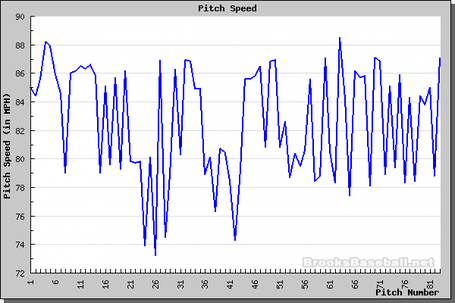 Paul Byrd is right handed and can't break 88 mph with his fastball.  He cuts it, lets it ride, adds, subtracts and all other manner of tricks befitting a "crafty veteran"...but he still can't break 88.  Jeff Manship's fastball was below average.  This is barely even major league.  He tries to make up for it with plus command, which he's demonstrated amply even into the twilight of his career.  In addition, he's got what looks like a change and a slider.  They're adequate pitches.

In combination, his repertoire is something of a poor man's Carlos Torres: fewer whiffs, but he won't miss his spots with such frequency.  The end result is very few walks, particularly to right handed bats, and too many line drives and fly balls.  So extra base hits aren't hard to come by, but Byrd can still beat you by spacing them out properly.  The Red Sox won't have to keep him out there long with the expanded rosters and their bullpen depth, so making the most of Byrd's 5-ish innings will be key.  Without the Gentleman Masher to keep SSSer spirits up, the least the Sox can do is beat up on Paul Byrd and, just maybe, get a real winning streak going.