Today will help clarify what steps Kenny Williams will have to take going forward into the winter.  By the end of the day, we will know if Paul Konerko and J.J. Putz have decided to take the easy road towards remaining White Sox or if they have chosen to test the waters of free agency.

I don't think anyone honestly expects either of the players to accept arbitration.  Putz is coming off of what amounts to a bounce back season that proved he can still pitch at an above-average level and remain healthy.  There are enough teams out there that will be looking for a closer that he would be foolish to accept a one year contract for a modest raise.  That being said, I wouldn't be shocked if the Sox worked out a deal with him.  He performed well here.  There were no reports of unhappiness.  His best friend Matt Thornton is here.  If he does choose to walk away though, we wind up getting a sandwich pick between the first and second rounds of the 2011 MLB Amateur Draft due to his Type B status (Type B always results in a sandwich pick, regardless of which of the other 29 teams sign the free agent).

Update: As per Scott Merkin, Jacob Jingelheimer Putz has declined the offer.

Konerko's situation is slightly different.  I don't believe he will accept arbitration either.  He just had a career year and will be 35 years old at the start of the 2011 season.  He's not going to settle for a one year deal from anyone.  But he has taken a hometown discount in the past.  Everyone who follows the team with any regularity knows how much Jerry Reinsdorf loves Paulie.  He's been one of the faces of the franchise for the past decade.  I'd rather see him spend the next two or three seasons on the South Side than watch him end his career in a place like Phoenix.  But if some other general manager makes him an offer he simply can't refuse, at least we'll get two draft picks out of it.  We just need to hope that a team with a better record than Detroit falls in love with him, otherwise all that comes from the end of his tenure with the Pale Hose are a sandwich pick and a second-rounder.

Well, those two things and this (Update: which we are now closer to only having): 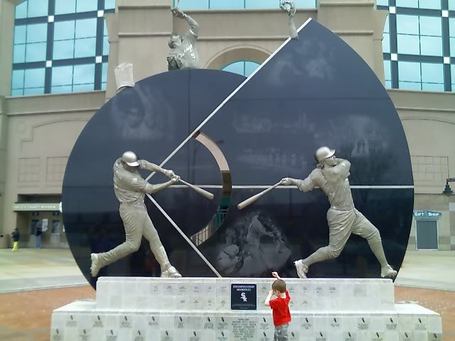