At What Point Should We Collectively Freak Out About Vizquel DHing?

Share All sharing options for: At What Point Should We Collectively Freak Out About Vizquel DHing?

Mark Gonzalez and Ozzie are just in on a joke together, right?

For now, this means that Mark Kotsay will get the bulk of at-bats against right-handed pitchers. Guillen also didn't rule out Omar Vizquel batting leadoff as a DH against tough left-handed pitchers, meaning Juan Pierre would get a break.

That is, Andruw Jones will be in left while Vizquel DHs.  So the lineup vs. difficult LHP will theoretically look something like:

Notice any fielders worse than Vizquel in that lineup?  Even if Ozzie just had those 9 guys to make a lineup from and couldn't, say, pick Jayson Nix instead of Omar, it still makes no sense to DH the experienced Vizquel.  His competitive advantage throughout his entire career, true to this day, has been his glove.  There are probably 10 or so infielders in the game better than him right now.  Whereas nearly every MLB position player is a better hitter.   Any time he picks up the bat without the chance to take the field is a lost opportunity.

I don't expect Vizquel to do as badly as CHONE projects, as I think CHONE is probably overweighting last season where he played tutor to Elvis Andrus but was not injured.  Besides, a .270 wOBA is about equal to .250/.290/.340.  If he can't even hit that well, then I doubt he's a very good defender.  That is, if he's worth giving playing time to, he'll hit better than CHONE says he will.  To that end, here's a table that shows Wins Above Replacement for various PA totals and wOBA projections: 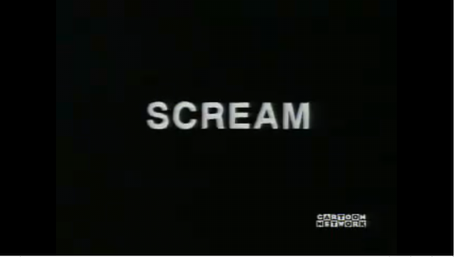 That's something potentially worth freaking out about.  That's about what we would have stood to gain by adding Thome or Damon, all in 200 PA! Time to flip the pool!

Ah but sage Jim, averse to manly number crunching, turned to the stars and divined that the proper O/U is 12 games, about 50 PA.  That doesn't even add up to a half-win and could easily be masked by good or bad luck.  And if chemistry or whatever is a real thing that contributes significantly to wins somehow, then this kerfluffle would in fact be a complete non-factor in the season's outcome.  Hmm.

Well then, let's see what we get when we take Ozzie at his word.  If a DH gets 700 PA per season, the normal platoon split is 500 vs. RHP and 200 vs. LHP.  50 PA of 200 would correspond to the top 25% of lefties; Mark Gonzalez would say "tough left handed pitchers".   So, SSS, you may not riot, even at a college level, about this Vizquel @ DH thing.  Ozzie won't sink the team doing what he says he'll do.  Angry eyes should look toward Kenny, who struck out on his home run for this off season.