Danks Ridiculous Per Usual, Sox Win Another In The City By The Sea

Share All sharing options for: Danks Ridiculous Per Usual, Sox Win Another In The City By The Sea

It was a beautiful night in Seattle - sun a-blazing and salt-filled breezes as the Sox took another laid back win behind the nasty pitching of John Danks, who devoured the Seattle Mariners in a 4-0 victory.

I got to the park early enough to see the boys do stretches and take batting practice.  Lillibridge, the card that he is, jumped in front of Ramirez during quick sprints, and stopped dead in his tracks as though he was blocking Ramirez on a drive to the hoop and drawing an offensive foul.  Lilli fell to the ground and Ramirez just shook his head at him.

If Q did that, he would be out for the season with a broken hip.  Not the Rubber Band Lilli-Man though!  I tell ya, Feisty.  That Lillibridge kid is clubhouse chemistry.   Can we get a stat for that already?

The players walked by and smiled and said hello as I stood by the dugout.  Like last year (though this year, sans Qperman sign), I was able to show my appreciation to Q (and also beg him not to steal a base ever again).  I had some compliments for most of the players, but fell silent and speechless when Kotsay came by and looked right at me, as if he was waiting for his compliment.

All I could think about other than all those inning-ending, rally-killing at-bats of his the night before, was that his beard was pretty decently-maintained.  And then I recalled some advice I once heard about not having anything nice to say... So instead I yelled over to Herm Schneider, informing him that he was The Man.

Ramirez had another late-inning defensive gem tonight (and went 3 for 4 with a home run in the 8th) and it seemed as though nearly every other Mariners' hit was effortlessly, yet skillfully fielded by Seattle homeboy, Omar Vizquel.

All in all a solid game for the Sox, led once again by impressive pitching from the main man on the mound, as well as the bullpen.  J.J. Putz made Sox history with his 25th consecutive scoreless appearance this evening.

I took sweet satisfaction over the Mariners fans around me who heckled Putz ruthlessly, citing that he was a traitor and belonged on the White Sox (since apparently that's Where Traitors Go To Die).

These fans also attempted to start the wave at one point, and among the 15 of them, took no less than 400 pictures - entirely of themselves.  I am certain that if you combined the total time spent actually viewing the game among all 15 of them, it would equal about one inning's-worth of baseball.  I kept to myself and my scorecard, needless to say.  Until I was asked to take pictures of them.

Anyway, two games and two winners to showfer so far on the West Coast; a series win under the belts of the Good Guys; and I see no reason - there's no f%cking reason! - why we shouldn't bulldoze the Mariners and take the mojo right down the Coast and do the same in Oakland.

(some pictures I took after the jump) 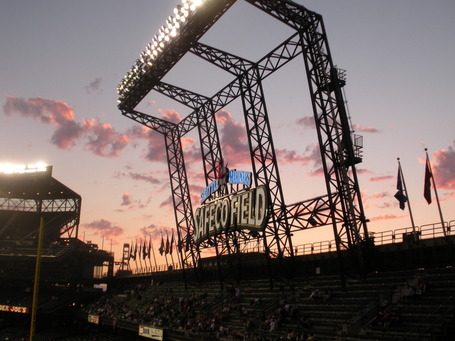 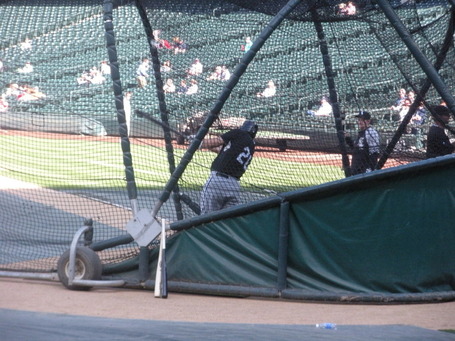 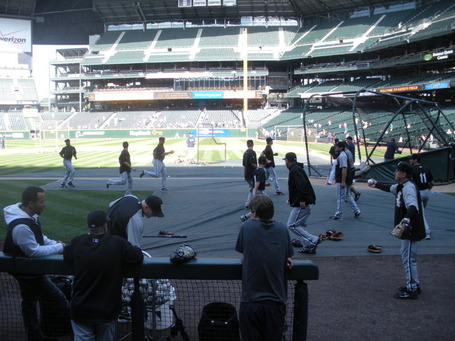 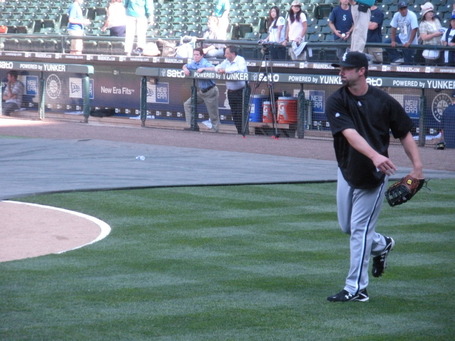 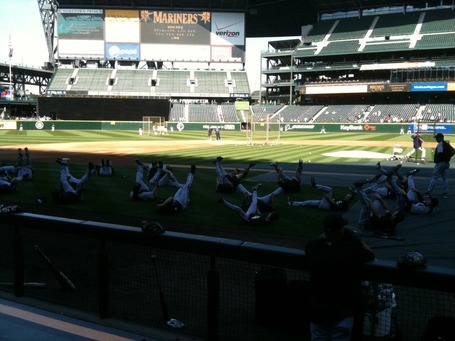