The Future In The Instant

Share All sharing options for: The Future In The Instant 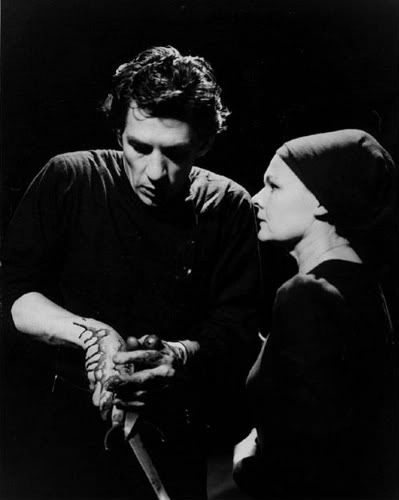 That I may pour my spirits in thine ear

And chastise with the valour of my tongue

All that impedes thee from the golden round

Let's make this easy and assume that the White Sox did their due dilligence and then some.  That is, it's a given that they would have been fine without flipping Jackson for Dunn.  Dunn would have been ideal since he would have signed a cut rate deal to DH/1B for the next few years, clearly filling a gaping hole left by Thome and then Konerko and no one would remember Dan Hudson.  Sock a few dingers! etc.  But instead we're here and Don Cooper did indeed see something he can fix.  Even assuming all that, can a year and some fraction of Edwin Jackson be worth having over Dan Hudson and the accompanying cheapness?

We can actually address this with some research Victor Wang did on how top 100 Baseball America prospects (1990-1999) have performed.  Young pitchers, even the very best, are worth significantly less than their similarly rated position prospect counterparts.  Basically, the top 50 pitchers are worth about the same as the 51-100 hitters.*  And how good is that?

Prospect busts if he averages 0 Wins Above Replacement over his first 6 years of service (the cheap ones).  Contributor: averages 0-2 WAR. Everyday: 2-4 WAR. Star: 4+ WAR.

The takeaway: the vast majority never reach 2+ WAR/season status over their first 6 years.  So should we have been expecting Hudson to fill that last starter spot come 2011?

Hudson was ranked 66th by Baseball America, 55th by Baseball Prospectus, and if Firefox's cntrl+f is functioning properly, Keith Law left him out completely.  All told, he's probably somewhere in the top 100 given his performance so far.  If we turn the above chart into hard numbers, we find Hudson's cohort provided about .75 wins per season** on average.  After accounting for paying arbitration in years 4-6, typically 3 of those 4.5 wins only cost a roster spot and MLB minimum salary.  And notice:  the vast majority never reach anything remotely resembling a fixed Edwin Jackson.

Unfortunately, this is kind of a harsh light.  Most prospects on those lists in Wang's study weren't in AAA and we're probably younger than Hudson's 23 years.  Many of them would crash and burn BEFORE seeing the big leagues.  Hudson's mere survival to this point suggests he'll be about as injury prone as any other established major league pitcher.  According to Nate Silver and Will Carroll, most pitchers who survive their age 22 season are through what they call the injury nexus.  Which is an awesome way to describe the point at which a pitcher reaches approximately normal injury risk.  We can't necessarily assume Hudson is average for his cohort and Jackson has obviously cleared the hurdle.  So there's some marginal gain in health to be had with Jackson, but probably not that much.  In this case, a 5% difference in injury rate doesn't matter in a season or two of play.  And yet somehow we're living in a world where the Sox prefer the 2 pitch starter that doesn't cost 30% of market for 6 years.

If it wasn't health, what about talent?  Still not much separation between the two.  Both have plus stuff with some limitations and command/control concerns.  So it comes down to something less tangible and scientifically quantifiable.  Mechanics, athleticism, feel, spirit, clutch.  The speculated at.

The whole point of scouting is to be able to step in and make useful statements about small samples.  Look into the seeds of time and say which will grow.  What is it about Jackson's motion that spells out "easy fix" that Hudson's lacks?  Is there anything the fairly advanced prospects (Richard, Poreda, Hudson) the Sox recently traded have in common?  Poor feel on their breaking ball?  I haven't seen anything watching Hudson's starts and I'm not sure where I'd look.  Either way, Kenny's faith in his scouts and his own scouting prowess have powered his successes in the past.

So let's revisit those assumptions.  Don Cooper IS going to turn Jackson into the star everyone thought he'd be.  Coop has his own dark magick and it's just a matter of how good we want Jackson.  And at minimum we want him to make up those 3 free wins a typical top 100 pitcher is worth.  Jackson's going to make about 10 million over the rest of this season and the next, worth about 2.5 wins on the open market.  So he needs to be worth 5.5 wins over the remainder of his contract.  That's Buehrle-Floyd-Danks-Peavy Performance, a full run per nine or so better than his career line.  In old-fashioned terms, that's like a 3.80 - 4.00 ERA.

If Hudson is Anything Special, to break even on the deal the Sox will need Jackson to bump BFDPP up to Sabathia-Haren-Lester Performance, since to get that value they'd need to extend his contract past arb into free agency years.  With Scott Boras as his agent.  On top of that, A-type compensation for Jackson wouldn't even make up half the value of Anything Special.

So, yeah, it might just all work out.  Rizzo's a feckless traitor but KW's scouts gave him the go ahead and Coop'll do the dirty work.  Yet another playoff run will follow and Kenny will be crowned king on the South Side.  In the end a quiet affair, but surprisingly poignant: it turns out wishing makes it so.  Kenny wanted to make a splash, made a splash and kept on winning.  It's always worth it if you keep winning.

*Sidenote: the suggestion of the research is that you should go for depth in your pitching prospects.  The slope from best to worst pitchers is not as steep as the drop off from best to worst hitters.  So it's tough to make up for missing out on the best hitters, but you could do it collecting a lot of solid pitchers.