Mixed bag of news on first day of GM meetings

Share All sharing options for: Mixed bag of news on first day of GM meetings

The Pfister Hotel in Milwaukee, the site of this week's general manager meetings, is allegedly haunted. Which is just as well, because Kenny Williams doesn't have much of an idea of where he's going yet. Maybe some supernatural forces will push him in the right direction.

Williams arrived on the scene and gave a rundown of what he knew and what he was thinking. Some of the news is welcome, and other parts are not so much. Let's break it down in terms we're all familiar with: 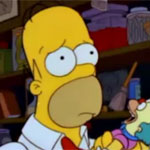 For reasons that should be obvious. It makes sense for a few reasons on both sides, since the Cubs need pitching and Buehrle wouldn't have to move.

On the other hand, Buehrle has made his hatred of Wrigley Field quite clear, and he's not a guy who pretends he never said the things he said. So here's hoping this is merely one-way communication that Jeff Berry has made public in order to increase the pool of suitors, and nothing more. 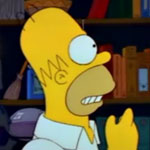 Williams is fine with Alejandro De Aza as his leadoff hitter -- That's good!

U-God already passed this along as a FanShot, but it's worth repeating. Williams told the media, "If I was making the lineup out [De Aza] would be my leadoff hitter," which is correct. As I wrote earlier, De Aza is the best pound-for-pound value for a team that needs to cut costs. If the Sox stumbled into a legitimate option with a longer track record, that's fine, but Williams can't really afford to make it a priority.

(Journalism gripe aside: In Doug Padilla's account, he wrote, "Finding a leadoff hitter who can play left field figured to be one of Williams’ desires on the trade market." The passive voice is disingenuous here -- figuring isn't something that happened to it, because it wasn't unanimous. Who figured that and why?)

Smart move by Williams to clarify that Dunn did work out in the offseason, because that criticism severely diminishes the signal-to-noise ratio. He also said that Dunn's amount of offseason BP is "expected to change," and it better for Dunn's sake.

Part of me thinks the best-case scenario is a dead cat bounce. And dead-cat-bouncing back from the one of the worst seasons ever still isn't going to be nearly enough to fulfill DH duties. Yech.

Chris Sale will move to the rotation -- That's good!

There's no guaranteeing Sale can hack it as a starter, and his frail frame attracts injury concerns, but the Sox owe it to themselves and Sale to see if he can throw 150-170 innings at the back of the rotation. John Danks and Jake Peavy are free agents after 2012, and Gavin Floyd the year after, so it's important to know whether Sale is a genuine option before they have to depend on him to carry an unprecedented workload.

The only way this is bad is if you think failure as a starter will mess up his long-term relief prospects. That's possible, I suppose, but making decisions based off that outcome is like being afraid of the sun.

Eduardo Escobar is already getting mentioned as an option at second -- That's bad.

At this point in his career, Gordon Beckham was supposed to start making good on those Michael Young comparisons -- at least the popular interpretation of Young's production, not the sabermetric version. At the very least, he was supposed to be a plug-and-play guy, a Tadahito Iguchi type who would allow a GM to focus his attention elsewhere.

I'll tell you what he wasn't supposed to be -- a guy who needs to be pushed by a light-hitting infielder with a .657 OPS at Triple-A. No offense to Escobar, but if he's a legitimate option for anything more than once-a-week duty, the Sox are in bad shape.

Williams said that Paul Konerko is guaranteed to have a starting job in 2012, and so are two other guys -- presumably Alexei Ramirez and A.J. Pierzynski. Other positions probably aren't up for grabs, exactly, but Williams apparently wants to impress upon his team that nobody else can expect to flop and get away with it at Camelback Ranch.

Robin Ventura is the wild card in all of this. If Williams consistently maintains this stance, it probably helps Ventura gain full faith and credit to bench an expensive veteran. However, since Ozzie Guillen didn't have the desire, balls or mere interest to try benching Dunn or Alex Rios when it was warranted, we have no idea how they're going to react, and whether it will affect other players. Considering that's one of the toughest calls a manager has to make, it somewhat sucks that Ventura might have that decision staring him in the face immediately. 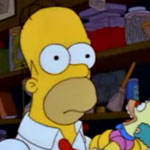 There are some reasons to believe the White Sox could contend for the AL Central title, but it involves a lot of finger-crossing and prayer. More realistically, if the players who failed in 2011 can't revive their careers in 2012, the Sox are suddenly have little in the way of present or future production.

Williams seems to realize this, which is good to know. The problem is that he hasn't shown himself capable of trading proven for unproven in recent seasons, and his team doesn't invest in the draft, either. A team kinda needs to do both in order to pull off a rebuilding process in relatively short order. Admitting it is the first step, but is he capable of going any further? I have my doubts.

Mark Kotsay is still mentioned for some reason.