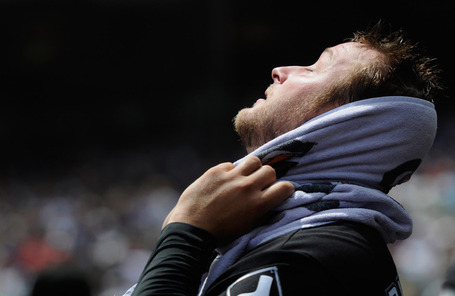 I've been living in Minneapolis working an internship this summer, and still had yet to go to see Target Field. It was a beautiful day in Minneapolis, unlike the past few days, and I decided halfway through the day that I had to skip work, and go see the game. I had tickets for Tuesday's game, but we all know how that went. I donned my away Pods jersey with a WS '05 patch on the sleeve, and was ready to watch a Sox victory. After all, it couldn't get more pathetic than the last game with 4 double plays, could it? I took the 'Light Rail' to downtown Minneapolis from Saint Paul, which is basically a less popular, and less useful, L train, with only one route. More after the jump to see if I survived my Minnesota train ride. 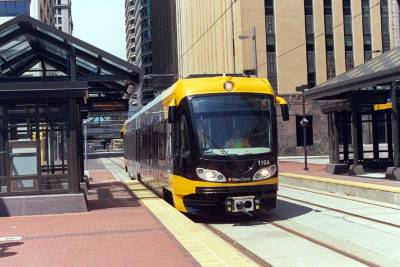 As I was going down the line, I could hear Rhubarb yelling "INFERSTRUCTURE" each time I went over a bridge. Luckily, myself and all of the model railroad fanatics on the train were able to reach our destination without any catastrophes. Also there were no hotdishes being eaten on the train, much to my surprise and disappointment. Target Field is located in the heart of downtown, and looks very beautiful from the outside. It was a great day out too, and I was excited for some baseball. I scalped a ticket from one of the 8 black men in Minneapolis, and hopped across the street with no walk sign, as the nearby 'sottans looked on in horror. As you walk into the gate from the street, the field stretches down almost at street level, giving a pretty cool visual effect before you even enter. 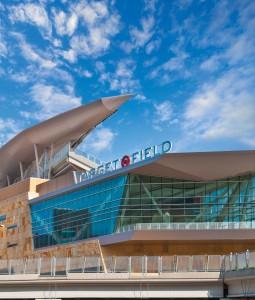 I had seats in what at the Cell would be the 300 level, right above where Hawk and Stone were probably sitting, and was right in behind home plate. I sat down next to two mustachioed fellows just in time to see Cuddyer line the only run of the game over the center field fence, and immediately a sense of dread came upon me. My worries were further compounded when instead of a Lillibridge, I saw Pierre, Dunn, and Morel all up on the lineup for the Sox. No matter, I was at a ballgame, and at ballgames, they have beer.

One great thing about Minnesota is all the local breweries, and I still haven't tried all they have to offer here. At the park they sell you both Summit and Grain Belt, which are two pretty stellar beers worth checking out if you're in the area. I also got a polish sausage, and got a funny look when I asked for everything on it. I looked upon in horror as a Twain fan loaded their footlong hot dog with ketchup. Ugh. 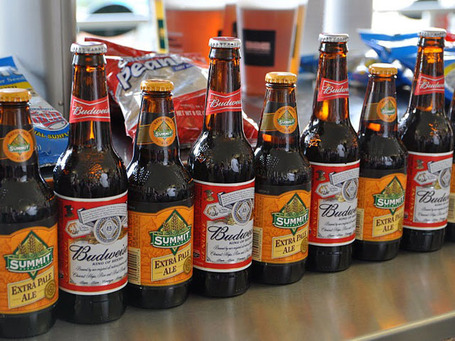 As I watched the Sox get on the bases, then fail hopelessly, I started up a conversation with the mustache next to me. He had season tickets, and knew quite a bit about Twain baseball. I tried to give him a hard time about his record, but was met with smiles and laughs, instead of frowns and arguments. More of the same in Minneapolis. Don't go expecting confrontation, because they don't know what that word means. The only rise I could get out of the nearby Twains was talking about A.J., but even then, they all agreed that they "respected him", and just felt that it was just baseball protocol to boo. Crain was met with cheers in the 8th, and mustache #1 and #2 both expressed their sadness at seeing him leave last season. 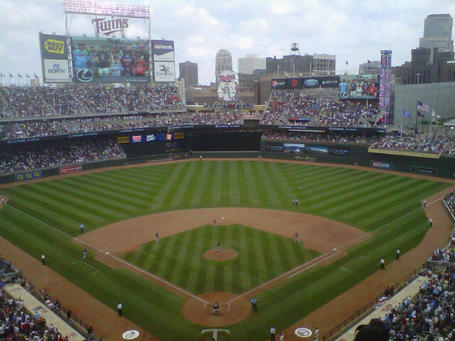 I couldn't get a good picture of it because of the quality of the camera on my phone, but that's the view I had from the inside of the stadium. The stadium was pretty packed, and it didn't look like there were many seats open. Mustache informed me that the stadium was in it's honeymoon phase still, and the next couple years attendance will probably drop back down to normal. It's a pretty nice view, minus the goofy looking Twin City logo in the very middle (look up a closer view of it on Google), but I've been to some nicer parks like Cincinnati's that give some hometown charm with things like the steamboat, or our very own pinwheels. I did notice an ongoing Thome HR count sign straightaway center, and was glad to see they were treating the big guy with the respect he deserves.

After our resident senior citizen struck out to end the game, I dejectedly sat and watched the stadium empty out. I got nods and hat tippings from the Twains, and gave them as dirty looks as I could possibly muster while looking at their genuine smiles. It's hard to be mad at a fan base that refuses to reciprocate. I left the stadium and made my way through the downtown back to the train station, and didn't have to wait very long to get on; it was no redline postgame rush. As I looked back, I concluded that the stadium looks beautiful and unique from the outside, yet is relatively common inside the park.

All in all, Target Field is a very nice place with some nice views, and the people in Minneapolis are very nice. Nice. Nice. Nice. I don't know, call me odd, but something is wrong there, something is too...white bread. Too mayonnaise. Too soulless. Baseball, to me, is a game of hometown pride, and 'screw everyone else'. I'm not saying I wanted to go out there and throw punches, but let's just say if larry was there, he would've died from argument withdrawal. I love the Cell because I can turn to the person next to me, and argue vehemently whether or not Bobby Thigpen or Bobby Jenks meant more to the organization, instead of the person just smiling and acknowledging my argument as a 'great point!'. It was a nice day, and I really enjoyed getting away from work to see the Sox, but I can't wait until this summer is over, and I head back to the Cell for some quality September baseball. I'm not happy that the Sox leave this city going 0-2, and I wish I could've left that game with a smirk on my face, hoping this was the start of the end for them this year. They may have our number forever, and they can get into all the first round sweeps in the world, but it's still great to be a White Sox fan.