This was not the first time Roger Bossard had been asked to prepare a grave on short notice for Kenny Williams.  Hell, he was barely given 5 minutes to get Jose Paniagua under the warning track.  A little bit of lime under the cleats helps warn outfielders, preventing things like this from even needing to be done.  He does not complain though.  The Sodfather knows he will be rewarded for his faithful and skilled work.

The service is beautiful.  Buddy Bell has seen the death of many careers, yet he always finds something new and perfect to say as he performs the customary rites.  That man has been a Godsend you think as you watch Carlos' coffin disappear beneath the dirt and clay.  It has been a long and trying day.  At least there's always tomorrow you say as you fall asleep...

Friggin' Golden Earing.  You break the alarm clock.  Today does not bode well.

Something seems different out in right field.  Something is blocking the portrait of Jackie Robinson.  Something...verdant. 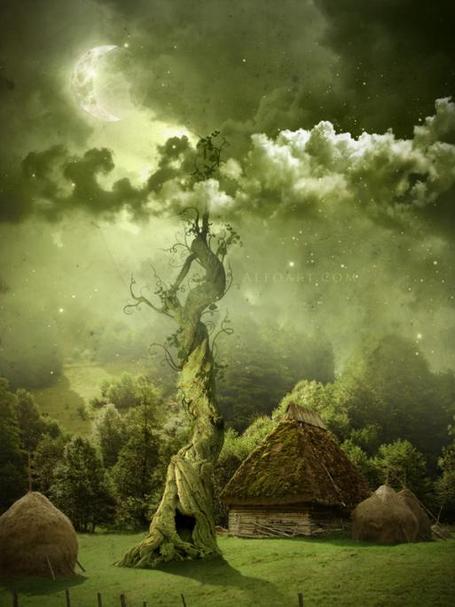 "Get me A.J. Pierzynski right fucking now!" you yell out over the loudspeakers.  The rascal approaches in his catching gear, wielding a sharpened bat.

"I was wondering when you'd ask." he yells back, already halfway up the stalk.  Around nightfall, his voice is heard hollering just above the foul pole.

Roger Bossard signals to the groundscrew to begin removing the stalk.  As A.J. leaps to safety, the stalk tumbles.  Hank and Hal Steinbrenner tumble to the ground.  Roger and his troops ready two more graves.  You approach the returning hero warmly asking of his trip.  "Did you get it?" you question nervously.

"Is Minnesota the worst state in the Union?" he retorts as he reaches into his jersey.  The fabled Yankee check book is now yours.  You may miss the post-season this year, but it will be one hell of a winter.