In Which the Shoe Finds Itself on the Other Foot

Share All sharing options for: In Which the Shoe Finds Itself on the Other Foot

The screen descends in the war room.  Enemy of the franchise Mike Rizzo appears on the screen. 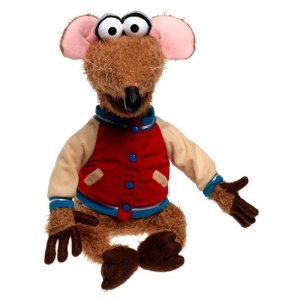 "Kenny!  Thanks for answering.  I'm glad there are no hard feelings left over from how I kind of left you blue-balled last July when you were trying to get Adam Dunn."

"None at all Mike.  So have you gotten a hold of John Mozeliak yet?"

"Yeah, just got off the phone with big John.  He said it's all good to go.  Thanks again for helping out with this trade, just let me finish signing the papers.  Done!  I just don't get why you'd want to help us get Colby Rasmus when you could have just traded Jackson to St. Louis for him yourself instead.  Why settle for Wilson Ramos and Todd Coffey?"

"Funny you should mention it..."

"The thing is.  John isn't going to trade you Colby Rasmus for Edwin Jackson."

"I know what he said you dumb bastard.  But the fact of the matter is every GM in the game hates you.  I practically had volunteers from every team in the league lining up to fuck you over.  Enjoy your half season of Edwin without being able to trade him you little bitch!"

It's good to be the king.  You smile at this thought.

In his first start, Wilson Ramos throws out three baserunners trying to steal second.  Todd Coffey blows a three-run lead in the 7th.  So it goes.