"Brent, this is the part of the job that no one enjoys.  Except for Omar Minaya, but that guy was a prick.  We need to send you back to Charlotte for a while.  Frankly, you're not hitting like we hoped you would.  We'll bring you back as soon as you're ready."

"May I ask who is replacing me?"

The young man dejectedly packs his bags.  No one likes being forced to live in the Carolinas.

That night Brent Morel returns to his Fortress of Solitude.  He begins talking to a crystal.

"Father, I am going to start using my gifts for my own personal gain." 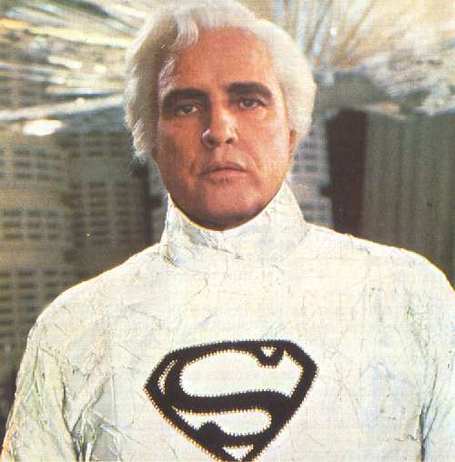 While Dayan Viciedo went on to hit 10 homeruns with an OPS of .850 while playing a mixture of left field and DH the rest of the season, the newly energized Brent Morel began to tear up the International League.  The once light-hitting defender suddenly managed an OPS over .900 while maintaining his stellar glovework.  The league continued to drug test him, but the tests always came back negative.  Strangely, he seemed to perform better on sunny days.