This is the second of 10 installments featuring significant White Sox moments from All-Star games past. 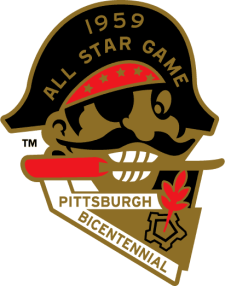 Looking to address a shortfall in the players' pension fund, baseball turned to a cash cow -- the All-Star Game -- with the intent to milk it some more. The math was simple:

So on top of the regularly scheduled game to be played on July 7 at Forbes Fields in Pittsburgh, they tacked on another one to be played at the Los Angeles Coliseum on Aug. 3.

Early Wynn, the leader of the White Sox staff, earned a spot on the All-Star team by leading the AL with 11 wins at the break. Maybe that should read All-Star teams, because he ended up being the only American League pitcher to appear in both games.

He started the first one, rebounding after a first-inning homer by Eddie Mathews to throw three innings of one-run ball. In Los Angeles, he struggled with his command, walking three and allowing a hit over two innings, but limited the damage to a run. The AL lost the first and won the second.

Maybe Wynn just didn't like the Coliseum, because when he returned to start Game 5 of the World Series that year, he ended up getting knocked out in the third inning.

MLB went with two All-Star games through 1962, before realizing that it had diluted the whole idea of the Midsummer Classic. Plus, they didn't even have a particularly set schedule. In 1959, the game was played just about a month apart. The following year, the two leagues met on July 11 and July 13. It was a rather haphazard plan, and the fans didn't quite buy into it.

In 1963, the All-Star game resumed its once-a-year schedule. White Sox fans had to wait a lot longer to see one of their pitchers start for the American League. Esteban Loaiza finally ended the drought in 2003, one of a few highlights from his completely unexpected season.

However, Wynn still had Loaiza beat, because Loaiza only pitched in one game. Wynn remains the only White Sox pitcher to appear in two All-Star games in the same season, and that's a record that won't be broken anytime soon.