Looks like the Sunday races are getting some new blood.

The White Sox haven't been very active, or at least vocal about it, so far at the Winter Meetings. But that doesn't mean there isn't news to be heard or seen. Craig Calcaterra of the Hardball Times posted the following image on Twitter. 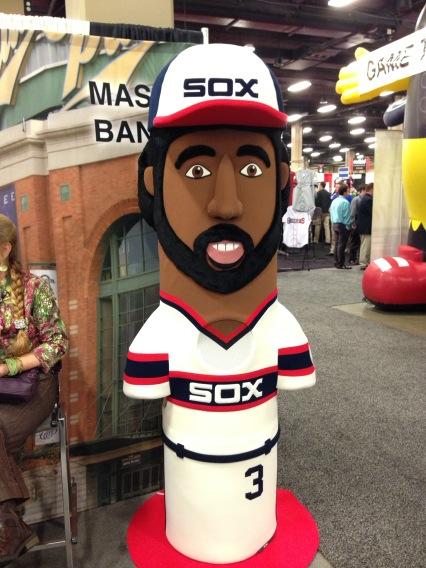 So that's why they made Harold Baines switch from being first base coach to assistant hitting coach!

But yeah, it's beginning to look like our early guesses that they would switch the Sunday afternoon mascot races from 1972 heroes to players off of 1983's Winning Ugly squad. If they keep up with the plan from 2012, we can expect to see two other prominent players from that season to be awkwardly represented by sausage people. If I had to guess who those two will be, I would have to say Carlton Fisk and Ron Kittle are the most likely choices. If they feel the need to pick a pitcher, LaMarr Hoyt or Britt Burns are the best options. We'll keep you updated.