Not long after hearing that they were the only team to not sign a free agent this winter, Kenny Williams and the White Sox went out and signed former Cub Kosuke Fukudome (h/t to 67WMAQ for knowing about this before anyone). The lefty will earn $500K in base pay this year with a $500K buyout or a $3.5MM club option for 2013. This move all but ensures Jordan Danks will start his season in the minor leagues again this year. That being said, I do find this move a little bit puzzling.

While it's pretty hard to get upset about paying $1MM for a backup outfielder, I'm not entirely sure I get Fukudome's appeal. He's an average bat (100 OPS+ for career) with his main strength being his ability to get on base (.361 career OBP), but UZR and the eye test rate him as a poor fielder. I don't expect him to see any time in center since Alex Rios, Alejandro De Aza, and Brent Lillibridge can all play the position better than Kosuke. He's decent insurance for if one of the starters gets hurt though. I'm just hoping our fans don't treat this signing the way Cubs fans did. 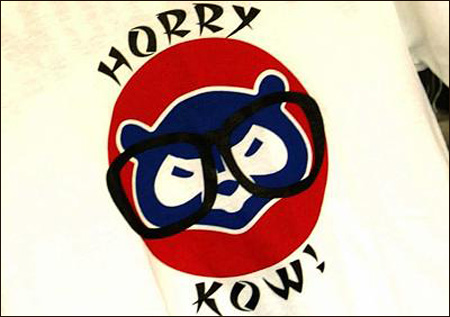