Why don't I hate Twins fans like I should?

I hate the Minnesota Twins. I hate them more than I hate any other professional baseball team. Even with them and the White Sox both taking steps back in terms of competitiveness for the near future, I will still hate the Twins more than I could possibly hate the Tigers, the Indians, or the Cubs. I will never forgive Torii Hunter's railroading of Jamie Burke back in 2004. 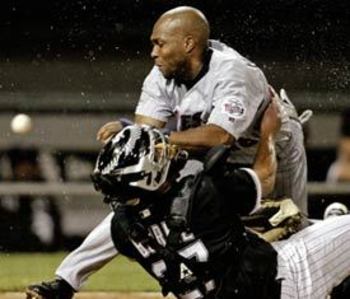 But I've noticed something weird as of late: I don't really hate or even dislike Twins fans.

I'm not sure how or why this happened. It seems like I should dislike the fans of my team's main rival, as I do in general when it comes to the Packers, but I just can't really bring myself around to muster up any resentment or displeasure with the hotdish and lutefisk loving bastards to the north. I've always disliked Indians fans, dating back to my childhood when their insufferable fanbase would invade Comiskey Park and hoot and holler despite never winning a World Series. I continue to hate Tigers fans, at least the ones that come to U.S. Cellular when Detroit is in town. No sir, Frank Thomas did not suck and was not a piece of shit. Put your terrible fedora back on and go crawling back to your miserable crumbling mecca. Is there any need to explain my dislike of Cubs fans? But for some reason, I find Twins fans to be as benign as those who follow the Royals despite the fact that they're almost always a legitimate contender for the division crown.

Maybe I lost a lot of my fire when I almost kicked it. Maybe moving to Kansas and becoming friends with some expatriated northlanders (this is me calling you out, Mat Stewart and Erik Holum) had something to do with it. I'm not really sure, but for whatever reason Twins fans can't even crack the top five in my hate hierarchy. And I think I'm okay with that.