What was Rick Hahn wearing?

A year into the job, GM needs to step up his game

Share All sharing options for: What was Rick Hahn wearing?

Here at SSS, we've long been invested in our front office's clothing. Who can forget the now infamous Kenny Williams pinstripe debate of 2007. Or Scott Reifert's "inadvertent" nip slip at Social Media Night 2012. Or, for the old timers out there, the Reinsdorf/Muchin stogie stain scandal of '87. Some thought the organization wouldn't survive that one.

But the White Sox have persevered. Of course, our latest fodder is Rick Hahn. SSS has long debated his socks. To wit, blue or black? 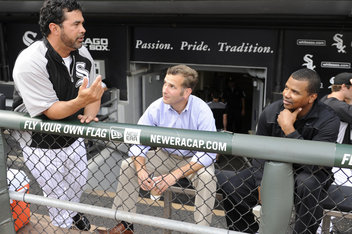 The debate rages on.

But let's focus on today. A big, gala event for the White Sox: the signing of Jose Abreu. As you can see from the photo above, Abreu wasn't messing around. That suit showed some serious #want and plus plus #rig. I've contacted a few fashion scouts and they can't quibble with me placing a 70 grade on it.

So what was Hahn doing? Now, you don't want to upstage the focus, which of course was Abreu. But you can't let a guy out-suit you like that. You just can't.  He comes into your conference and learning center and you're wearing maybe a 40 suit. You're gonna get beat every time.

Take a look at Hahn's predecessor at a similarly big signing. 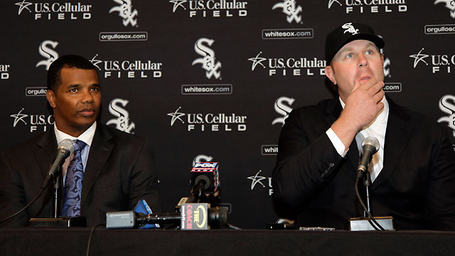 Now, Kenny knows going in that he's matching up against Adam Dunn.  Dunn's a big man, so you know he's going to be showing up in a well-tailored suit. But he's a white guy from Texas - unless he's got the balls to go full camo (and, if he does that, you might as well just pack up and go home), you're probably going to be seeing a suit that matches Dunn's hitting profile: one-dimensional. Dunn goes with the black suit, white shirt and a pretty plain silver tie.

Viewing this photo, you can tell Kenny isn't going to the dais looking to do too much.  He's not out-flamboyanting Dunn. But his suit shows some subtle #rig. Let's take a closer look: 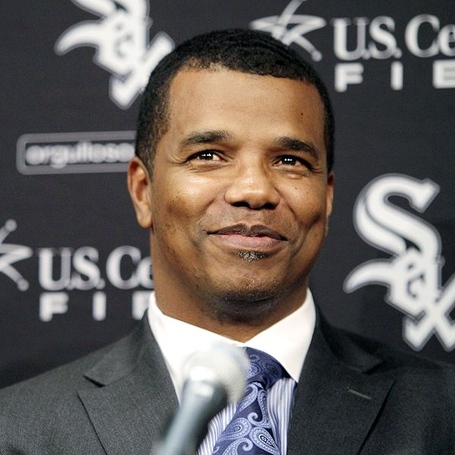 High-quality grey wool, paisley tie, contrast-color shirt. I'd feel comfortable putting a 60 on this.  The graying stubble under the chin shows some #slack and definitely plays up his attire. He looks like he belongs on that dais and knows why he's there.

In contrast, Hahn looks like he's going to a funeral, not a big-time free agent signing that he orchestrated. That's a nice suit if you're a GM down in Kannapolis. But this is the big leagues. Black suit, white shirt, red tie?

I think Rick needs to stop comparing his wardrobe with some of his fellow GMs of contemporary age. Rick probably woke up this morning, put that suit on, got in his car and felt pretty good about himself.  And why wouldn't he if he's comparing himself to this: 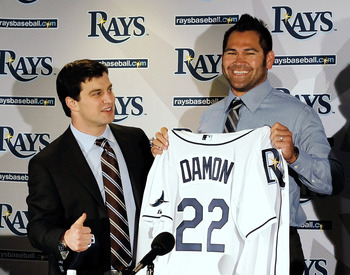 The Cardinals are the organization du jour right now and, at the top, you've got John Mozeliak. This is what you aspire to emulate: 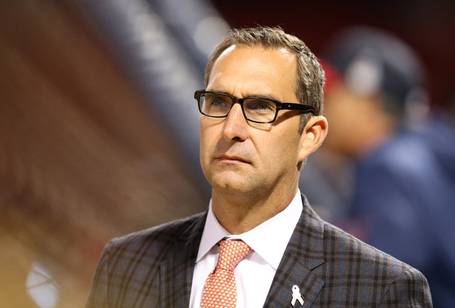 Unlike the White Sox' organizational philosophy of being bold and taking risks, Rick stays pretty safe in his suit choices: 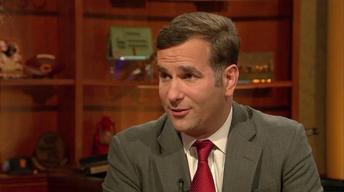 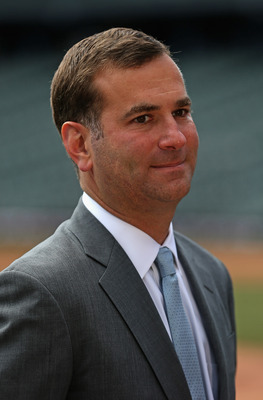 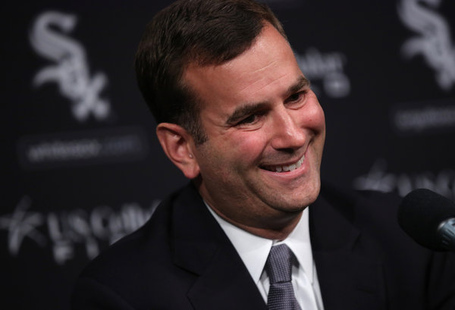 A long line of solid colored suits, white shirts and boring ties.  Which is somewhat interesting given that he knows how to liven things up in his less formal attire: 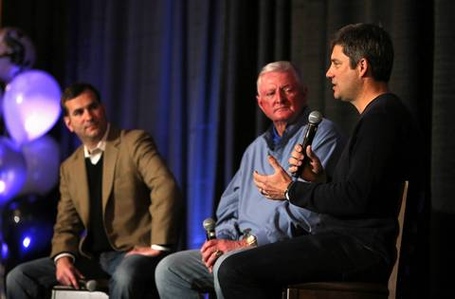 It seems like he knows what he's doing but chokes under the pressure of big moments.  Hahn sets the tone from the top. Seems like Kenny or someone with a decent fashion sense - I'm sorry, Mrs. Hahn, but you've abdicated your responsibilities here - needs to take Rick aside and tell him he's just got trust his instincts and approach when he finds himself in high-leverage situations.  When he's at his tailor and is faced with sample books, he's just gotta let his hands go.  I'm not sure how many more of these displays this organization can bear.