In which we indulge U-God actually eulogizing a family friend.

Share All sharing options for: Saying goodbye to Mr. Prebeg

John Prebeg was one of us. I don't mean he was a regular of the site. I'm not sure that he knew it existed. But he loved the White Sox and baseball in general. I only met the man a few times, but he was always great to me and my family. I stopped at his house while test driving the first car I bought and we took twenty minutes or so to say hi and talk baseball.

If you played baseball in Joliet and are under the age of forty, there was a good chance he coached you. If you're over the age of sixty, you might have actually played against him. He played in the local over-35 baseball league until he was 72. And he pitched! I can't pitch without fear of my arm detaching and I'm only 24. The fact that anyone can actually play baseball well at age 72 simply astonishes me. 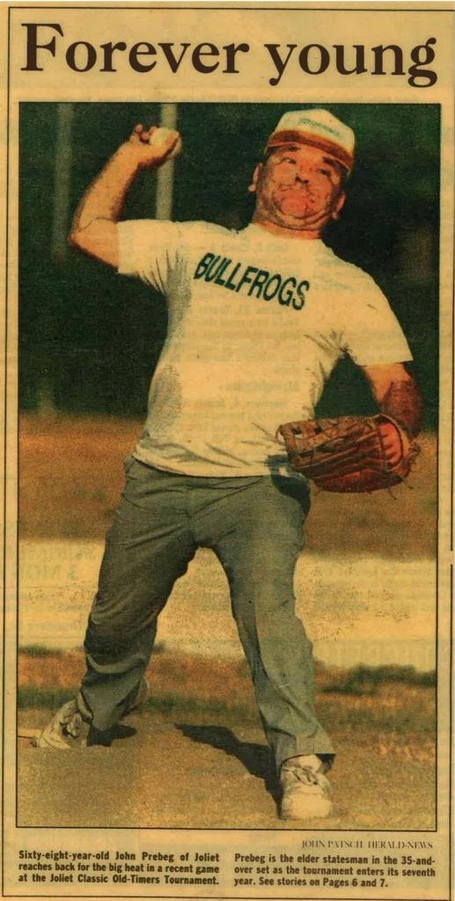 Mr. Prebeg passed away this week at the age of 90. He was a good man who will be missed. If you want to read more about him, here's a link. Thanks for being good to my family.