Quick summary of the two baseball games I watched this morning. 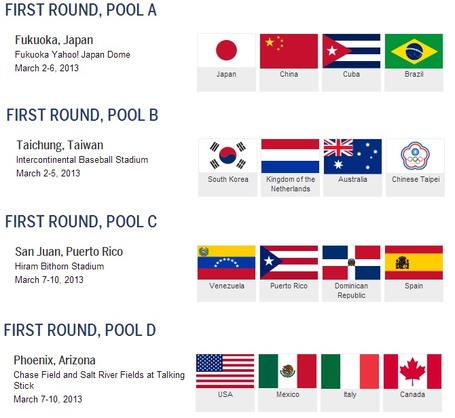 There have been two classics and Japan has won them both. The reigning champs look fundamentally sound once again.

The place was rockin' up until Barry Larkin called for the sac bunt in the first inning, giving up an early out for a feeble 1-0 lead. The crowd slowly worked itself back up as Japan chipped away building to a crescendo for all 28,181 when Japan put up a 3 spot on some goofy kid with an afro in the 8th inning.

Not to be outdone, the other MLB Hall of Famer managing in the WBC, Bert Blyleven threw away early outs as well.

The shell of Andruw Jones leads off the second frame with a double. Boston uber-prospect Xander Bogaerts is up to bat. This kid is arguably one of the best up and coming power hitters in the minor leagues, and the skipper calls for the sacrifice.

Jones reached base three times and scored that once. The other two times he was making outs on the basepaths- pegged at home trying to score from second, then trampling the Korean second baseman which forced a run back to third base as he was out for interference. He wasn't breaking up the double play, either. Just couldn't stop himself and crashed.

What's with the bunts with the meat of your order that early in the game? Come on now Hall of Famers, you know better than that.

This Netherlands squad was the one I was most looking forward to seeing. The Braves shortstop Andrelton Simmons looks like he might be a good one. The broadcast was calling Korea the favorites for pool B but they didn't look all that great today. 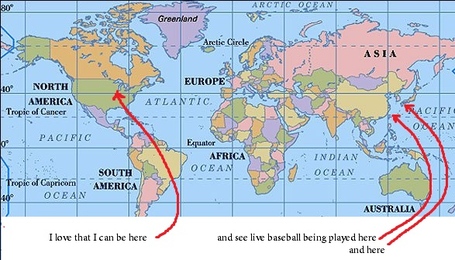