An MRI revealed something we all weren't hoping for today.

A simpler man might believe Gordon Beckham to be cursed. And I wouldn't blame him.

Beckham was off to a decent enough start before injuring his left wrist earlier this week. An MRI today revealed a fractured hamate bone. Surgery to address the issue (usually just removal of the bone entirely) has been scheduled for next week and if everything goes well, he'll be back in about six weeks. If you remember well, this is the same problem prospect Keon Barnum met during spring training. 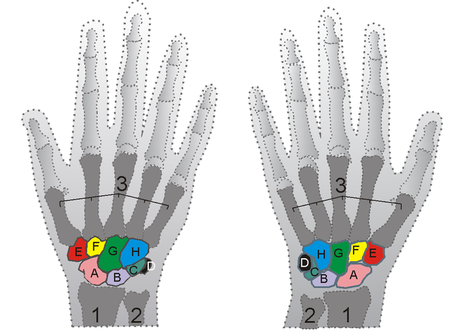 That H fellow is the jerk in question.

So now what? Well according to the beat reporters Jeff Keppinger will be sliding over to second base which makes it sound like Conor Gillaspie will be taking over at third. So don't get too excited and think this move is the dawning of the Carlos Sanchez era. It could be and we'll keep you updated, but we just do not know yet.