It shouldn't have been this painful, but transitions are seldom graceful for the White Sox

Across the AL Central, the division's three other hopefuls have benefited from hot starts by their significant outside acquisitions.

For the Indians, Nick Swisher is having a Nick Swisher season, and Mark Reynolds is blowing the doors off his early projections. Torii Hunter did the same in April for Detroit, although he's cooled off in May. James Shields is leading the Royals' rotation like they hoped, and Ervin Santana's ERA is below 3.00, too.

It's like the other AL Central teams have faith that their operating systems will be able to integrate outside additions as easily as plug-and-play. When the Sox try to upgrade their machine, the parts don't work -- if they're lucky! Sometimes they don't work, and they cause conflicts with existing components, forcing the front office to Google-translate sketchy websites in Cyrillic to download the old drivers, and hopefully not malware (but there's usually malware).

They got the worst of Swisher, Alex Rios and Adam Dunn in their first go-arounds on the South Side, and now they saw it taken to absurd lengths with Jeff Keppinger, who invited morbid curiosity from the larger baseball world because he hadn't drawn a walk all year.

At least when Ozzie Guillen was manager, the difficulty of finding fitting pieces could be explained by the unique leadership structure (and/or vacuum). But Robin Ventura and his staff have unequivocal support from all corners, and the clubhouse isn't nearly the minefield it once was. Keppinger was supposed to be a no-frills addition with only modest expectations. It shouldn't have gone this wrong, right?

But here we are on May 17, celebrating the morning after Keppinger's first walk of the season. At least he made it a big -- and hilarious -- one. He took four pitches with the bases loaded, and drove in the decisive run. 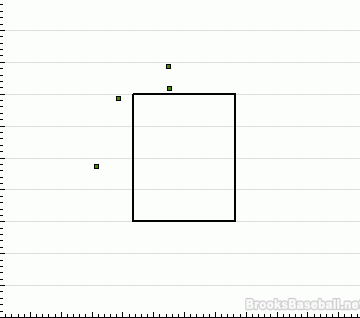 Keppinger said he was taking all the way on all four pitches since Michael Kohn walked the two guys before him. Had Kohn thrown him a strike on 3-1, he would've taken the fifth pitch, too.

Jeff Keppinger, as we approached him, smiled and said "Please don't ask about the walk."

But they did ask Keppinger about the walk, and Keppinger answered those questions, and follow-up questions about the lack of walks:

The video is interesting, just because while Keppinger has been spoken about plenty -- here and elsewhere -- he really hasn't been spoken to, at least in ways that filter down to us. Or maybe they don't even talk to him, just based on this exchange:

Reporter: "You're a contact guy, but are you still aware of it -- when you are at that point, you don't have a walk?

Keppinger: "Oh, I know. [laughs] I think anybody knows if you don't have a walk yet."

Keppinger's skill set is built on blending in -- putting the ball in play for a decent average is a universal symbol of baseball competence, and he's a seat-filler on defense. Now he's the guy everybody wants to talk to ... because he walked once. And there will be plenty of posts written and snark deployed ... because he walked once. It's gotta be a weird season for him.

The good news: It will be less weird now that he's walked -- and now that his OBP (.191) is finally above his batting average (.188). And if the Sox are going to get over the .500 hump, they're going to have to untangle or uninstall these oddities one at a time.