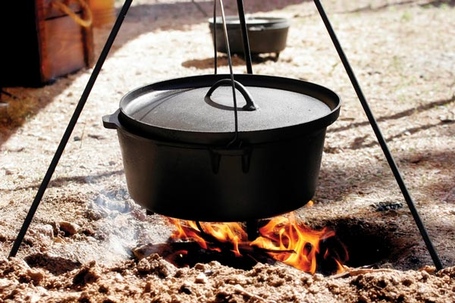 When Robin Ventura was hired in the Fall of 2011, I was pretty bent out of shape. I had a huge problem with the process. As most of you know, managing hiring processes is what I do for a living. When the White Sox decided to virtually not interview anyone who wasn't tangentially connected to their White Sox family vacuum, I had an inkling that there wouldn't be much change in philosophy from the Guillen regime. After jettisoning Guillen, the White Sox had an amazing opportunity to bring someone in from outside their organization. As we all know, they decided to stay the course.

When a company hires outside of their organization rather than plugging a hole with an existing asset; they afford themselves the opportunity to bring new perspectives to mix with long held organizational beliefs. No organization is the same and throughout baseball history franchise identities have materialized, however, there has always been an intermixing or sharing of ideas that inevitably occurs. Usually this happens by hiring good people out of successful systems who have hit a glass ceiling in their current role, meaning there is someone above them blocking their upward career trajectory. These people are coaxed out their comfort zone because usually they thrive on handling new challenges, covet new titles and desire an increase in compensation. It is a two street though, in the process of giving a candidate what he wants, the candidate brings a lifetime of different knowledge and experiences into a stagnant vacuum in order to affect positive change for their new employer.

It was clear when Ventura was hired that he wasn't necessarily looking for what he was offered. I don't pretend to know the whole dynamic of the situation but it seemed like Ventura might have been just as surprised as the fan base and the rest of Major League Baseball. This decision was enabled and justified by the 'Reinsdorf Family' vacuum as Kenny Williams patted himself on the back by cocksuredly proclaiming that he had been interviewing Robin Ventura for this role for well over a decade. I get it, the White Sox like to keep things in-house, they thrive on comfort and known quantities. I really can't argue about that too much because over the last decade plus, they have been in the top tier of success winning percentage-wise. Sure, they haven't rattled off many division championships but they have been consistently able to put a competitive product on the field. Until this year.

In 2012, I ate some crow. It appeared that Ventura got his roster to buy into what he was selling with the White Sox being in first place for the majority of the season. Veterans who struggled through the worst season of their careers became productive again and there seemed to be a pep in the team's step. Things fell apart in the end but I had to admit that Ventura did a decent job of taking a demoralized team and turning them into a team that excelled enough in defense and pitching to overcome some offensive deficiencies. Having won 88 games, I had some positive expectations heading into 2013. Of course, it looks like the team itself experienced a dead cat bounce in 2012. Guillen was so unremorseful in not giving one fuck and emotionally driving his clubhouse into the ground, just to prove a point or score childish political points against his employers that the 2012 team flourished just by his absence.

Guillen's field management was also subpar. He had ideas in his head about how to win baseball games that had no business in the 21st century. Whether it be a revolving door of subpar hitters at DH, bunting early in the game and with players who couldn't execute, his Larussaesque tinkering with the bullpen, his antiquated notion of lineup construction and his reluctance to protect his players from getting plunked. Above and beyond those issues there are a myriad of others that coupled with his attitude made it clear he should be sent packing.

Then comes Dudley (Ventura), who is just about as opposite as you can get from Guillen personality wise. Guillen was the house guest that overextended his stay by a couple years and forgot how to contribute to the family dynamic by pulling his own weight around the house. Ventura is the house-guest you don't want to leave, even if he is clumsy when drying the dishes or uses bleach with the darks, he is such a good guy that, well, shucks, Robin…you can stay forever! Oh Robin, you endearing biff-artist. Ventura managed to magically transform the 2011 White Sox into the 2012 White Sox just by not having Guillen present.

I don't think Robin is necessarily at fault for the way the White Sox are playing in 2013. I think a lot of it is a janky dynamic of veterans declining and younger players not taking the next step. Of course, the injury bug bit us pretty bad but there is no question that we just can't score runs. However, within that pile of mediocrity, nay, epic futility, is sprinkled and drizzled the same kind of deliberate buffoonery from the Ventura coaching ranks that Guillen became famously known for at the end of his tenure.

I believe that the 2012 White Sox, while riding the high of Guillen no longer existing, managed to win in spite of their new manager. Ventura does the same things as Guillen but even more deliberately. He manages the game, the way my 12 year old self would have back in 1990. It is sometimes known as "the right way" and it is very deliberate. His philosophy, or whoever's philosophy it really is, is so fucking premeditated that it makes me sick. Other teams can see it coming from a mile away, Ron Gardenhire built a career by exploiting this predetermined philosophy of inflexibility in the face of "unexpected" circumstances that should have caused preparation. It does not seem like the 2013 are very well prepared to do anything against their opponents and it seems it didn't take long for the fresh scent of Ventura to degenerate into the reek of sewage.

With every questionable bullpen move, with every error in the field, with every McEwing mistake, with every mistimed bunt, steal or hit & run, with every poorly and rigidly constructed lineup, with every deliberate hit behind a runner, with every useless role delegated; my nose desperately seeks a way out of this hellish Dutch oven of baseball.

Ventura is not 100% responsible for how horrible the White Sox are this year, there is enough blame to go around for the players, the front office and for Fate...but he should not be given a pass either. Ventura at the helm is essentially like having Ozzie at the helm, minus the high dew point of shit in the clubhouse. Ventura is Dudley, the welcome house guest that the team is comfortable with. It high time the White Sox coax someone from another organization that will not instill or capitulate to complacency. We need fresh ideas because I don't think this rebuild is going to last long with the young pitching we have in the organization. When the team is ready to compete again, we need someone to lead our team to the next level and I don't see Ventura in that crystal ball. However, he IS the perfect manager for this current iteration. He and Ramon Troncoso are gifts from the baseball Gods.