Share All sharing options for: Right on Q: Analyzing SportsVision

Often talked about - but rarely seen.

Eddie Einhorn's much-maligned Pay-TV concept made it to YouTube, in the form of a game between the White Sox and the Oakland A's on September 7, 1983.

For some White Sox fans, SportsVision will ALWAYS be a sore subject. To them, SportsVision was the first in a decade-long run of bad decisions by the ownership of Jerry Reinsdorf and Eddie Einhorn. I wrote about SportsVision last fall, and it did reopen some old wounds.

Nobody sets out to make poor decisions, and logic behind SportsVision was sound. The White Sox wanted to make more money off of their TV broadcasts. Eddie Einhorn made his money off of TV sports, so it would stand to reason that a White Sox-owned sports channel had a good chance of succeeding.

It did, to a degree. SV lost money in its first two years of existence. But Einhorn sold SV to CableVision at the end of 1983. The Sox covered their losses, and the White Sox remained on SportsVision (and its successors SportsChannel and Fox Sports Net Chicago) until 2003.

But enough history, let's examine the SportsVision broadcast. The announcers were Joe McConnell and Early Wynn. 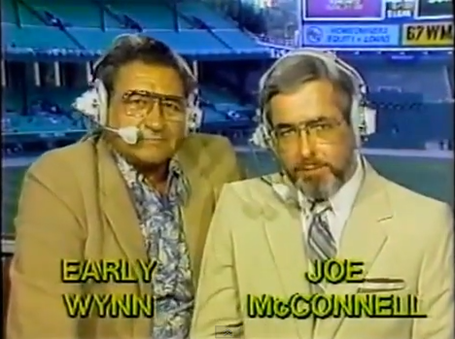 They were the "B" announcing team behind Don Drysdale and Hawk Harrelson.

In 1982, Drysdale and Harrelson were a fantastic move for the White Sox. Both were network-quality announcers. Drysdale was part of ABC's Monday Night Baseball announcing crew:

Hawk, in addition to his work for the Boston Red Sox, was part of the crew for NBC's "Game of the Week."

The SportsVision broadcasts had the usual sports sponsors like Budweiser, Michelob, Toyota, and Zenith televisions.

Every inning, McConnell would throw it back to a studio host, who would recap the other sports stories of the day: 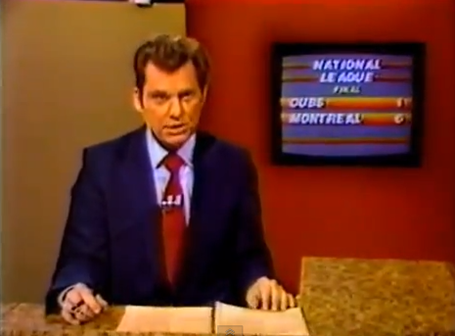 The game itself looked like a typical baseball game circa 1983. Scores were shown at the end of every half-inning, or whenever there was a break in the game action (the "FoxBox" was 11 years away). 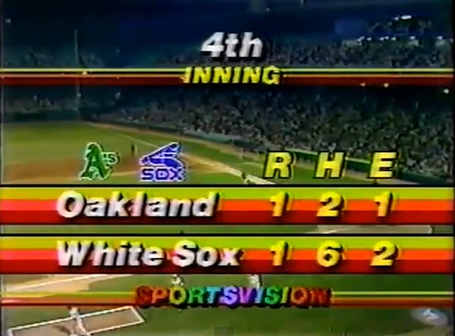 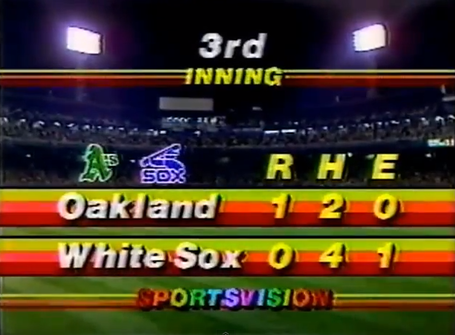 Before fading to commercial, a graphic would tell you who was up in the next half-inning. 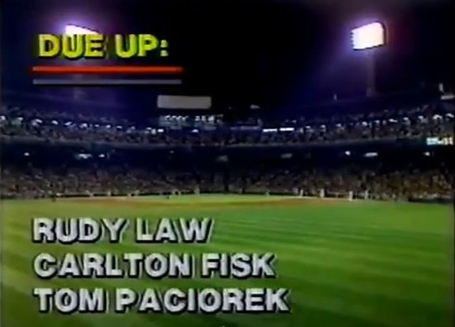 The commercial breaks were interesting, because it was obvious that SportsVision wasn't selling enough commercials to fill every break. Instead of paid commercial spot, viewers were treated to one of the hits of the day (Hall and Oates' "Maneater" and "Look of Love" by ABC) playing over a graphic showing upcoming events: 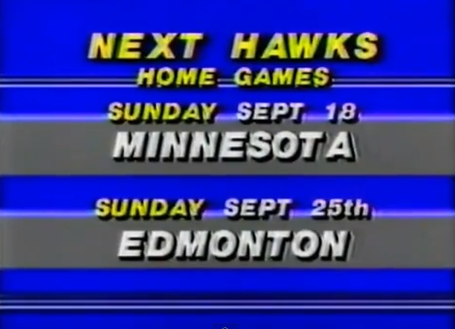 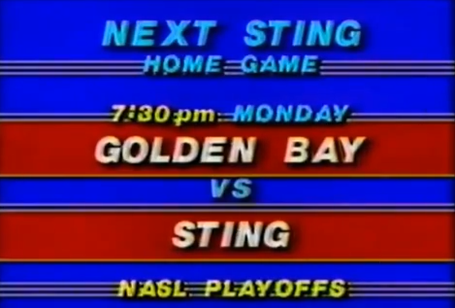 SportsVision also thanked the bars that paid $100 per month to subscribe to the service: 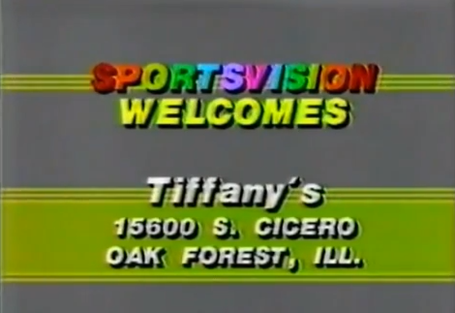 For taverns, SportsVision must have been an incredible deal. It gave customers a reason to go to the bar (besides drinking, of course). If SV wasn't showing a Chicago team, they were broadcasting an out-of-town baseball game. Thanks to MLB.tv, the MLB network, and satellite options, out-of-town broadcasts are fairly easy to get. In 1983, it must have seemed like an incredible luxury.

Watching a SportsVision telecast reinforces my belief that it was simply ahead of its time. When it was launched in 1982, viewers weren't conditioned to paying for TV - especially TV that had been free. Einhorn and Reinsdorf were the new owners, and they didn't have the equity with the Sox fanbase to pull it off. Bill Veeck might have been able to do it (in fact, he had a pay-TV deal in place before he sold the team).

Comcast SportsNet Chicago, MLB Network, and countless other regional sports networks make billions doing what Eddie Einhorn tried to do 30 years ago. He had the right idea. Unfortunately for him, it wasn't the right time.