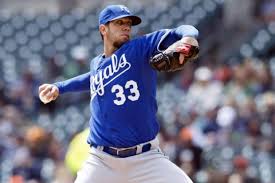 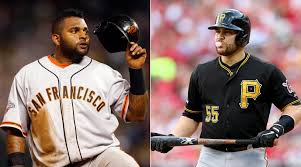 Write "tender" or "non-tender" after each of the following names:

Explain the toughest calls: None of these are tough calls. Belisario was horrible. Viciedo still has some good value on the trade market. Flowers, Noesi, Jones and Guerra are good cost controlled pieces that are expendable.

Contract options (pick up or buy out):

Explain if you have to: was horrible

Explain if you have to: Had a injury plagued season. White sox can resign him for the cheap and get good value out of him.

Pablo Sandoval: 5/90million. Sandoval is one of the premiere free agents that's going to be on the market and is probably going fetch the biggest contract among hitters. Sandoval is someone you can put right behind Abreu. he's only 28 years old and seems like one of those players who gets better with age. I don't know how much he's going to get but its definitely going to be big. The sox will be looking for a left handed impact bat. If we don't get Sandoval, Some other options are Victor Martinez, Chase headly, Nick Markakis, and Melky Cabrera.

James Shields: 5/100million. I know Shields is having a bad postseason and doesn't look as attractive as he once did but im not overreacting to his postseason play. James shields is also a cheaper option the Lester and Scherzer. Shields has been an innings eating machine and I expect that to continue for at least the next 3 seasons. Shields velocity has actually increased over the last three seasons which is surprising based on his age but Shields also happens to be a late bloomer who spent several seasons in the minors and eventually made him self into the ace he is today. By the way Lester and Scherzer's velocity has decreased over the last three seasons. If we don't get Shields other options I would consider are Kenta Maeda, Max Scherzer, Brandon McCarthy, Justin Masterson and Jake Peavy.

Luke Hochevar: 2/7million. Injured all of this season, but if healthy I think he can be a really good relief opton and bring a tremendous amount of value to the bullpen.

Propose two (or more) trades that you think sound reasonable for both sides, and the rationale behind them

Trade: Dayan viciedo, Tyler Danish, Tyler Flowers, and Jordan Danks for Jason Heyward or Carlos Gonzalez. I actually think this sounds like a pretty reasonable trade for the Braves and Rockies. Heyward has an expiring deal and and its time the Rockies trade Cargo. This trade Would give the White Sox a great defensive left fielder and a middle of the order hitter with speed.

Trade: John Danks for Edwin Jackson. This seems like a popular trade idea. But I think this would benefit both teams and players for a change of scenery. Hopefully Don Cooper can fix Jackson and make him a part of the bullpen. Edwin Jackson can throw some heat and has good breaking slider when on. maybe one inning of relief can revive his career similar to Wade Davis if that's ever possible.

In not a big fan in spending a ton of money in the bullpen. In my plan I sign Hochevar who I like a lot and also Neal Cotts who could be a real solid lefty option I also sign guys like Jesse Crain and Jason Motte, From those guys your trying to catch lightning in a bottle. the White Sox could also look to flip a minor leaguer or non valuable player for a good power arm. I have instead focused the money on three big name players who bring talent, leadership and the abilty to know how to win. Pablo Sandoval, James Shields and Russell Martin. those three guys can flip this team around. The next thing I did was make trades to acquire Edwin Jackson for John Danks and a trade package that that included 4 valuable players for either Jason Heyward or Carlos Gonzalez. Each of these players brings a dynamic ability defensively and offensively. I didn't address the second base position because I absolutely love Micah Johnson.

other options to compete for job.

I project the White Sox Payroll to be a little over 110million.