The tourists navigate the Suez Canal, see ancient wonders, and play a tooth-and-nail ballgame to a draw

Sailing through the Red Sea isn't the easiest thing to do now, so imagine how arduous it was 100 years ago. Shipwrecks were common, and the pirates off the Somali coast were allegedly not content with only kidnapping. From Joe Farrell's account in the Chicago Tribune:

Along the Somaliland coast and after passing Perin Island into the Red sea, the ball players who were very chummy with newly made friends among much traveled passengers and the ship's officers were regaled with stories of the murderous cannibalistic tendencies of the natives along both the Asiatic and African coast. A mad mullah raid, an Arabian uprising, or a tribal war is a weekly occurrence. All were glad the Orontes carried a cannon.

In "The Tour to End All Tours," James E Elfers notes that the cannon was mainly for show to provide a sense of security. So, mission accomplished.

The White Sox and Giants had no such problems on their nine-day trip from Colombo, Ceylon on the R.M.S. Orontes. The seas and weather were mostly agreeable, killer whale-watching helped kill some time in the Gulf of Aden, and they were able to look at the African coastline without fear, spotting biblical sights along the way. 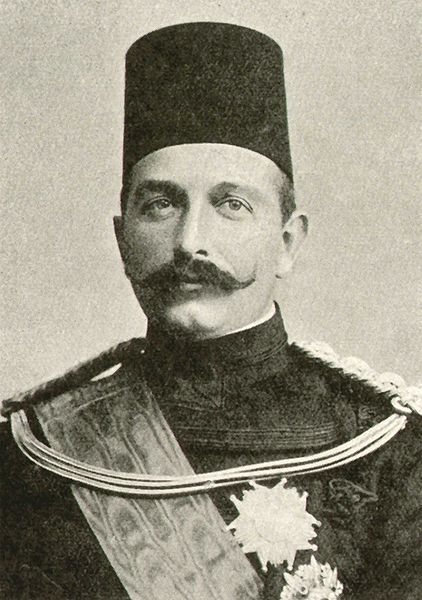 In Ted Sullivan's "History of World's Tour," the trip's organizer talks about debates on the ship over where the Garden of Eden might be located. Sullivan never got a conclusive answer, but he was more certain they saw Mount Sinai. That might be the last we hear from Sullivan during the Egyptian leg of the trip, because every Egyptian who isn't royalty is either "Ali Baba" or one of "his henchmen." Grow up, Ted Sullivan.

Their only interaction with natives along the coast came as the Orontes approached Suez. Merchants in what Farrell called "bumboats" approached the ship peddling trinkets, and Buck Weaver was dispatched as an envoy to buy trinkets for the ship. Both Farrell and Sullivan treated haggling in Asia and Africa like an extreme sport, and Weaver proved to be "the best bargainer among all the boys."

The Orontes reached Suez at 8 a.m. on Jan. 31, and the tourists departed the ship for a barge for a train to take to Cairo. They made it to Egypt's capital 23 hours later, after which they took another train to the suburb of Heliopolis. That's where Egypt's last khedive, Abbas II (pictured right), resided, and the tourists were put up in an appropriate lodging -- the swanky Heliopolis Palace Hotel.

After a quick breakfast, the tourists continued to rack up different means of transportation. Automobiles took them out to the Giza Plain, then hopped on camels and donkeys to tour around the pyramids and the Sphinx. The tourists spent a few hours enamored with the ancient wonders, with Farrell relaying the conversation.

No trip to Cairo is complete without the great discussion: How did they transport these great stones and how did they lift them to the positions in which they are found? The Germans, led by Honus Lobert, maintained that they started at the top of the pyramids and worked downward to the center, then laid a foundation and labored upwards. Mike Donlin advanced the theory that they were originally concrete blocks. An objection from Klem of the Teutons to all remarks of a personal nature broke up the discussion and the great mystery remains unsolved.

One player who couldn't get on the fun was Joe Benz, who felt sick shortly after the camel ride started. He spent the duration of the site tour at the base of the Sphinx, "where he set in gloomy meditation until it became difficult for the sightseers to determine which was the closemouthed statue."

They returned to the hotel to prepare for the 2:30 afternoon game at Heliopolis Sporting Club, where Charles Comiskey, John McGraw and the players' wives would meet with the khedive. Like Sir Thomas Lipton, the khedive proved to be a rather ordinary guy despite the royal title, both in dress (ordinary afternoon apparel) and language (English, impeccable). He invited the players' wives to sit with him in his balcony above the field.

It had to be a pretty spectacular sight. Elfers points to Gus Axelson's account in the Chicago Record-Herald as the most vivid picture of the first baseball game in Egypt in 25 years.

There were probably 2,000 within the inclosure of the Sports Club's ground at the opening game. Many Americans were in the crowd. The majority were English, and there was a fair sprinkling of Germans, Frenchmen and persons of other nationalities, including a number of prominent Egyptians. On the outskirts were the Arab of the desert, while the lowly fellaheen crouched low among the ribbon of shrubbery in right field. In the distance could be seen the "ships of the desert" in long caravans ambling in from the wilderness beyond. The bright red uniforms of British soldiers looked doubly scarlet against the dull shades of the sandy wastes back of Evans' and Magee's territory in left field.

It is unlikely that any ball game has ever been played before a greater mixture of races. Besides those mentioned there were Armenians, Turks, Greeks, Syrians, and Persians. There was hardly a country in Europe which did not have its representatives. Then there were the many tribes and races of Egypt itself, those descended from the Nubians, Copts, and Ethiopians. Most of these looked on with a critical eye, but with the interest with which the youngster regards the first circus. It was American to them, which goes as "Greek" with us.

There was nothing except a wire fence around the field, but few viewed the game who had not settled at the gate. The prices were on the sliding scale, the best seats being chairs placed outside a wire netting back of the diamond, costing 40 plaster, or $2.08. There was nothing cheap about Egypt.

The rock-hard, pebble-strewn field was designed for polo, but the players made a baseball diamond out of it with what's described as a tremendous game by all accounts. William A. Cook's biography of Jim Thorpe says the teams took the competition up a notch, with the White Sox riding the Giants from the dugout. I cite the Thorpe biography because he had a terrific day, driving in all the runs with a solo homer and two run-scoring hits.

Once again, the catching of fly balls drew the most attention. Here's Farrell:

Clever plays on a marvelously fast skinned field brought forth not a ripple or a hand. What excited the admiration and applause of the audience mostly was what the States fan would consider ordinary in the extreme - the catching of an outfield fly. For this feature the applause was distributed more generously during practice than while the actual game was in progress.

The game was called on account of darkness after 10 innings, resulting in the second tie of the tour (the other was Nov. 9 in Los Angeles, three months and three continents before).

After the game, the tourists returned to the hotel for dinner, then split up for the evening to enjoy Cairo's legendary nightlife. They all made it back, which was no small feat considering the city had cabbies who hadn't mastered the automobile, and streets that struggled to accommodate them anyway.