For the fourth consecutive spring, Gordon Beckham comes to Camelback Ranch looking to bounce back from a disappointing season.

For the first time, he's not blaming his down year on confidence, or related matters. This year, it's all about the injuries.

"I really felt like I only had a month-and-a-half of healthy baseball," Beckham said last month. "That’s being as honest as I possibly can. The goal is to stay healthy and if I stay healthy, I’ll do what I need to do." [...]

"I feel like I’ve grown a lot as a hitter," Beckham said. "I feel like I didn’t have a clue what I was doing when I first came up and I just went out there and played. There’s something to that too, but there’s also something to make adjustments. That’s something I didn’t understand how to do, but the more I’ve understood my swing and understand what it takes to be successful, I’ve kind of tailored my swing now back to where it was.

"It has come full circle in my mind. I know it’s in there. I know there’s some good to be had and last year I would have had a good season had I not gotten hurt."

There's probably something to it, but it's really the only excuse that would have any kind of weight at this point.

I'm not sure what constitutes winning "White Sox of the Year," although Jones' involvement with March of Dimes seems to have something to do with it. But I always listen when Jones talk, because he punctuates his speech with some folksy patois (a decidedly non-folksy word). We got a "jeez-o-pete" in this one.

Good news: SI.com gave Rick Hahn an A- for the offseason. Bad news: Because it's the highest grade in the AL, you could say he "won the winter." That hasn't helped the Marlins or Blue Jays the past two winters.

Minnesota Twins GM Terry Ryan will be undergoing treatments for squamous cell carcinoma after doctors found a lump in his neck. Fortunately, the prognosis is optimistic.

Grant Brisbee maps out the window of opportunity for each team in 2014. Or at least 29 teams. The Dodgers have their own graph: 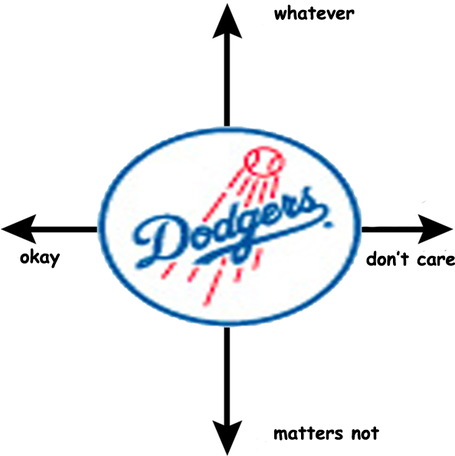 I liked this quote from Clint Hurdle when asked about the Pirates' emphasis on sabermetrics and analytics.

Q. You played in the 1970s and 1980s and are more of an "old school" baseball person while the Pirates use advanced statistics and quantitative analysis to help in much of their decision making. How have you been able to adjust?

A: You break down the employees and I'm one of the older men in the building. Tradition can be wonderful, but it can also be a vision killer. I was kind of that guy.

As I explain it to my players just so they understand what I'm trying to become to help them, I played in an era where a hard groundball up the middle was a base hit nine out of 10 times. Now it might be a base hit two out of 10 times (because of defensive shifting). So if the information is there, it's real, it plays out, you're really not doing the best job you can to help your team win if you're not paying attention to it.

We have some very gifted people on that third floor at PNC Park that do some remarkable work and tactically give us a very competitive edge as far as I'm concerned. I need to listen to them."