Reading Room: Spring training for one

Plus: Pitchers and catchers arrives too soon for some players and teams. and new names for old things

Share All sharing options for: Reading Room: Spring training for one

White Sox pitchers and catchers don't report for another nine days, but spring training for Major League Baseball officially starts today. The Diamondbacks and Dodgers will be getting a head start, as they will open the season a week before everybody else in Australia, and Arizona will crack the champagne bottle against the hull of the Cactus League this morning.

The White Sox have their positional logjams, their service time quandaries and their growing pains, and we'll take a deeper look around the time the Sox's battery components arrive at Camelback Ranch on Feb. 15. Even though it could be a bumpy ride for one reason and/or another, at least everybody knows where they're trying to go.

For some teams and some players, 2014 is still a mystery at this late date.

In 2012, the Baltimore Orioles' postseason had all the makings of a fluke thanks to stunning (read: unsustainable) success in one-run games. In 2013, they regressed something fierce ... and still won 85 games. That suggests that the Orioles have a legitimate core, but they've had flat offseasons the past two years. They didn't add to insure themselves against a fluke, and they didn't add themselves to build up.

So ... what are they doing? Jonah Keri takes a deep dive and discovers that a lot of their apprehension is tied to their unorthodox TV deal. It's assumed that Peter Angelos hammered MLB and the Nationals with his incredible leverage when Bud Selig moved the Expos to Washington before settling territorial matters. As it turns out, the Orioles have the upper hand, but both Beltway clubs are still hamstrung.

But it's hard not to experience some measure of schadenfreude when his aggressive marketing of clients falls flat.

After winning the winter last offseason, the Blue Jays have been frozen out of the action this time around. A trade fpr Brett Anderson fell through when a player involved failed a physical, and their attempt to trade for Ian Kinsler hit a wall when the Blue Jays discovered that Toronto was on Kinsler's limited no-trade list. Kinsler didn't have the Tigers on his list, and so the Rangers sent him to Detroit for Prince Fielder instead.

Here's a reason why prospect rankings matter -- of the top 30 position players from 2011 to 2013, 28 of them were a team's top-five prospect at one point, and 24 of them were on Baseball America's Top 100 list. Pitchers are a little less conventional (hi, Jose Quintana!), but not by much. Of the top 30 pitchers, 23 were top-five prospects in their organizations, and 22 were Top-100 prospect material overall.

This week in corporate name changes -- the Stadium Club has its first-ever sponsor, and the Rangers' stadium has its fourth name in three years (or so it feels). It's the first I've ever heard of either company, so ... 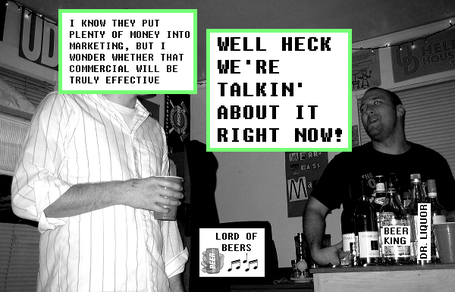 Grant Brisbee is the wurst, but "Tube Meat Continued..." is inspired.