It's difficult to round down five months of travel into the five most memorable stops, but here are two attempts

Over more than five months of the 1913-14 offseason, the White Sox and Giants traveled 35,000 miles or so to play 46 games across five continents.

It took 50 posts at South Side Sox to capture it all -- and it would've required more had I not waited until the end of the World Series to start it.

With the tourists spending the last three months abroad, it's easy for the novelty and spectacle of taking baseball to four other continents to overshadow the awesome, bizarre and tragic events that took place across the United States in October and November of 1913. I mean, you had:

In 2014 terms, the coverage of the tour started while Addison Reed was presumed to be a prominent piece of the White Sox's future. A lot can change over five months, and that includes our community.

A number of you have probably read every word of every stop, and that's awesome. But for those who joined the site while the tour was in progress -- or for those who were here the whole time and just looked at the pictures -- I figured I'd offer a Greatest Hits collection to provide a handful of entry points.

Below are my five most noteworthy stops of the tour, mostly based on an informal "holy crap" factor I experienced while writing it. After that, you'll see what our friend and tour expert Jim Elfers picked -- although I can't say for certain if "holy crap" factored into his.

And if you've been following along since Oct. 18, 1913 in Cincinnati, I'd love to hear the ones that stood out most to you.

Walter Johnson wore a White Sox uniform to pitch against Christy Mathewson in a head-to-head duel so hotly anticipated that the bleachers broke under the weight of an overflow crowd. The stands in right field collapsed, killing a soldier and injuring 50 others. Oklahoma's governor ordered for the game to proceed as planned. The tragedy was swept aside after a 30-minute delay, and Johnson and the White Sox beat Mathewson's Giants, 6-0.

The game in Blue Rapids offered as much heart as the day in Tulsa didn't. The tiny town of 1,756 residents swelled to at least twice its size to accommodate a game along the train line, and the game is still fondly remembered to this day. 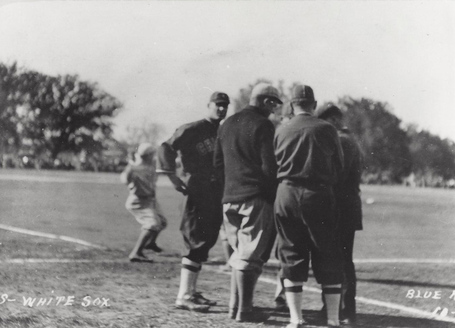 On Dec. 7, a team made up of White Sox and Giants played Japan's top collegiate club at Keio University. I would have loved to have sat in the crowd for the first inning, when Keio struck for a triple and a single with the first two batters to take a 1-0 lead, and then watched the Americans offer on-field instruction after their 16-3 victory.

The game was rained out. This was Plan B: 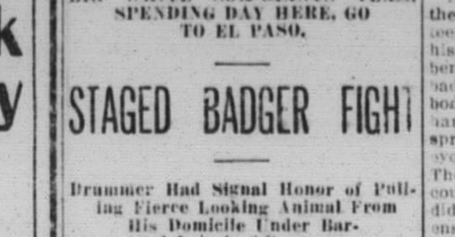 Their stop in Africa offered layers of intrigue. They played baseball in front of the pyramids and played catch over the Sphinx. A trash-talking Buck Weaver turned a triple play during a game so heated, it remained at the forefront of McGraw's mind when the teams met in the 1917 World Series. And one of their two umpires missed the boat to Europe because he was too engrossed in a mummy exhibit. Throw in the hints of players taking advantage of some wild nightlife, and the teams checked off all the boxes in Egypt. 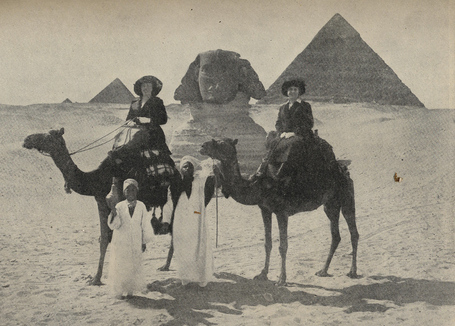 London was the best attended game of the tour. It turned a gaggle of ardent Irish nationalists into confirmed  Anglophiles. To do that the city of London and English culture must have had an amazing impact on the crusty Americans.

Shanghai is a cavalcade of events and images and the rainout is perhaps the biggest loss of the entire tour.

Tokyo is wonderful for the cultural interchange and the good feelings that it generated. It is not hard to imagine that, with a few political changes, and the continuation of baseball diplomacy, American and Japanese relations might never have escalated to war.

San Francisco is a favorite because of the morning/afternoon doubleheader and the wonderful San Francisco newspapers. The Frisco newspapers were the most entertaining of any city outside Chicago. In the back pages of one of the San Francisco papers I found the plot line for the "White Sox Giants World Tour" movie. The feature film that was made on four continents is a lost film, not a frame of it exists today. To discover the content of a lost film is a rare treasure indeed.

Blue Rapids remains my  favorite stop because my book and my knowledge of the tour began there. When I first began my research I plotted every stop on the tour on a map. I quickly realized that the tour would not be remembered in  Dallas, or Kansas City or Los Angeles. If it was to be remembered anywhere it would be in Blue Rapids. I called the local librarian, she put me in touch with Don Musil and I realized that there was more than enough material to write a book. If there was just a fraction of material available in other cities that the tourists played in; I would have plenty. I certainly did.