Since we're in the middle of a two-game set between the White Sox and Giants, allow me to share a cool story from this past weekend ...

If you followed the White Sox-Giants World Tour 100th Anniversary series over the winter, Jimmy Callahan should be a familiar name. The two-time White Sox player, manager and player-manager skippered the Sox as they sailed around the world, and he took his family with him. His wife Josephine (pictured below right) was one of many spouses who made the trip, but Danny and Margaret were the only children on the boat. 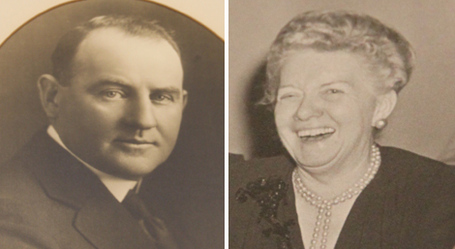 On Friday, I met another member of the Callahan family. Don Bunce is the foster grandson of Nixey and Josephine Callahan (and the nephew of Danny and Margaret), and he had something to show me -- a journal that his "Grandma Josey" kept during the trip around the world 100 years ago.

Bunce, 67, who lives in Arlington Heights, found the journal among many other relics of the family's baseball past while cleaning out her house. "She never threw anything out," Bunce said, and thank goodness she didn't. 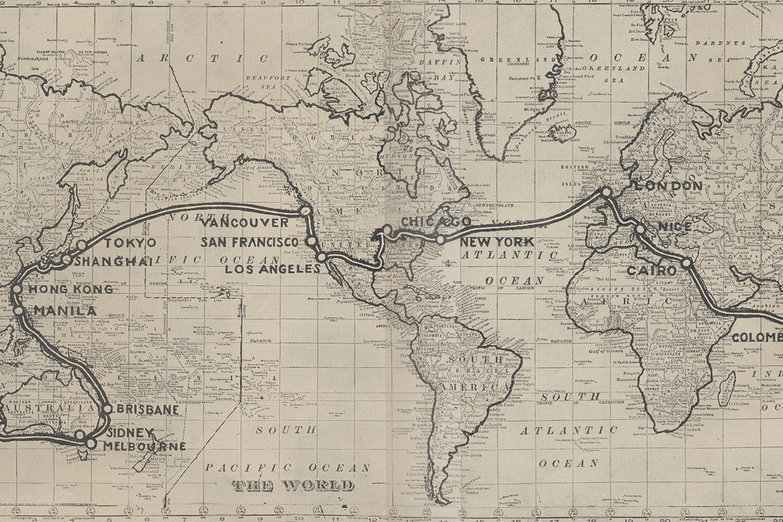 It's in terrific condition for a 100-year-old diary, especially since much of it was written in pencil. She jotted down accounts and impressions from a big cross-section of the trip, covering their departure from Washington through their stay in Egypt. Thumbing through it, I came across first-hand descriptions of scenes we had learned about. A few samples...

In Manila: "In the morning we were taken to Bilibid Prison where we saw 3000 prisoners at "retreat" -- this is a calisthenic exercise and dispensing and passing in line for the food it took just 3 minutes for the dispensing and the feeding."

Christmas Day: "Had a dandy Christmas. We called it an International Xmas. Everyone on the boat remembered the children and the gifts were beautiful."

In Colombo: "Of all the lovely places we have seen this island is the loveliest. The old expression is all I can use "garden spot of the world." [...] The entertainment of the day was the luncheon given us by Sir Thomas Lipton at the Galle Face Hotel. What a great simple man - he just overwhelmed us with his hospitality."

And at the back of the book, there's a separate entry for the typhoon encountered by the RMS Empress of Japan, as well as a folded-up map with annotations.

But the highlight is at the front of the journal -- a collection of signatures from just about everybody in the traveling party, including Charles Comiskey, John McGraw, Jim Thorpe, Buck Weaver, Tris Speaker, Sam Crawford, and the other notable names. Of course, Germany Schaefer signed his name "Prince Henry Schaefer."

Bunce was kind enough to let me take pictures of the journal, and I've included a few below.