Conor Gillaspie hadn't homered since his three-game barrage at Fenway Park, which meant those of us who wanted to see Moises Sierra mess with him were left hanging for more than a month.

A refresher: Cameras caught Sierra trying to get a reaction out of Gillaspie on two occasions. Gillaspie let Sierra have his fun the first time ...

... and he weathered the storm the second time.

Gillaspie's subsequent power outage kept the team's best buddy cops off the case for more than a month, but he returned to the home run column in a big way on Sunday, socking a grand slam in the first inning of a White Sox winner over the Blue Jays.

The WGN broadcast kept one camera trained on the Sox dugout as Gillaspie received high-fives, but in returning to catch the first two pitches of the next at-bat, I thought they missed the Sierra-Gillaspie reunion.

We can't tell what, if anything, Sierra did to Gillaspie there. But the great thing about Sierra is that he saves his best work for after the initial celebration dies down.

Having gone 0-for-2 in his first two attempts to reciprocation from Gillaspie, Sierra made a direct appeal in in the form of a simple request: a smile.

The results are up for debate. In the broadcast booth, Steve Stone and Hawk Harrelson couldn't quite confirm it.

Stone: [laughing] Moises Sierra was trying to get Conor Gillaspie to smile: "You just hit a grand slam." Conor walked by, moved his eyes up a little bit, but not too much.

Stone ultimately settled on calling it "exuberance, for Conor." Still, it wasn't enough for Sierra, whose exasperated response at the end of the GIF shouldn't be overlooked.

Let's break this down in six parts.

No. 1: The apprehensive approach 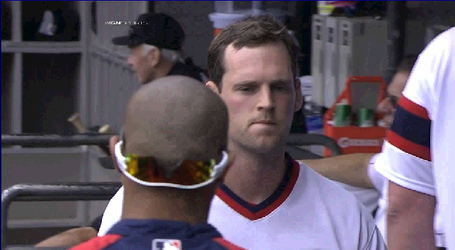 No. 2: The polite request 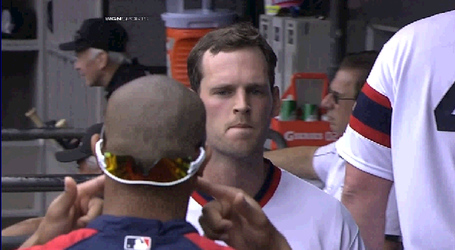 "Chill out, I'm not going to touch you this time. I just want a smile. Just one." 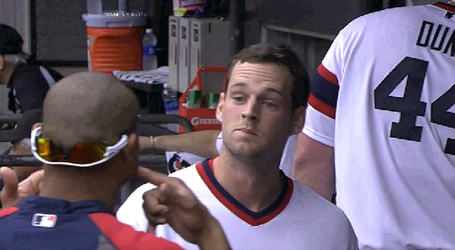 "A smile, you say? So that's what this has been about? People seem to like it, but you know me -- I don't follow the latest crazes. But hey, challenge accepted! How hard can it be?"

No. 4: The valiant attempt 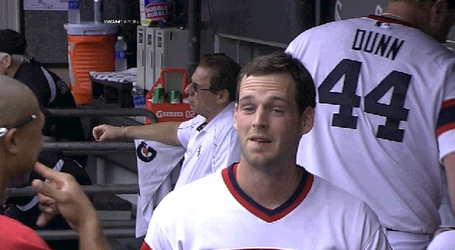 No. 5: The immediate regret 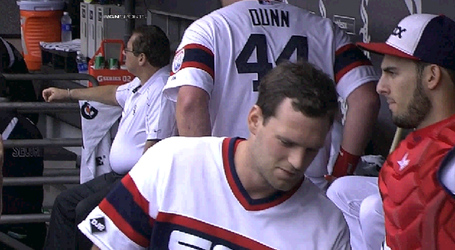 "That was a stupid idea. Stupid stupid stupid. Stay in your lane, Conor." 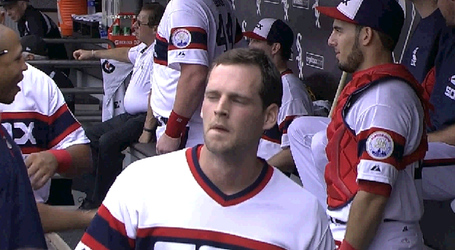 Even if Gillaspie's reaction fell short of a smile, it still might register as a different kind of first (humoring somebody). Next up, I want to see them pair up for the ALS Ice Bucket Challenge -- not so much because I'd expect a different expression from Gillaspie, but more because I wonder if the water would freeze upon contact.