Plus: Paul Konerko closes in on the end, a White Sox scout gets his due, and Joe West might have a point

It's fitting that Jose Abreu used a signature plate appearance to write his name into the White Sox record books on Sunday.

Abreu tied Ron Kittle for the White Sox rookie record with his 35th homer in the ninth inning of the 6-4 loss to Minnesota, but look at how he did it. 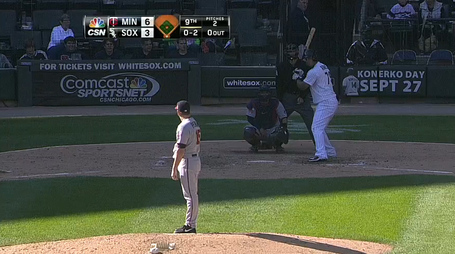 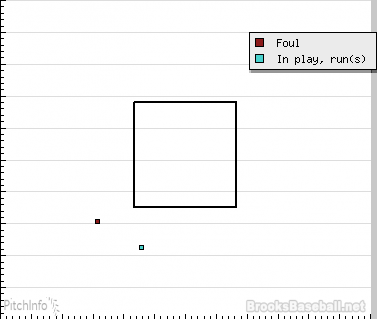 In the kind of shadow condition that enabled Jose Quintana to set a career high in strikeouts, Abreu pretty much one-handed an out-of-zone slider 372 feet. At that point, we're not talking eye-hand coordination as much as we're talking second sight.

The other crazy thing about Abreu? While everybody's noticed the drop in power over the second half, I don't know if everybody knows that his OPS is actually higher after the All-Star break.

Which raises the question: If the home-run drought really was due to an unprecedented amount of at-bats, what's it going to look like next year when he's recharged?

If Abreu keeps it up, Ron Gardenhire might have to do a clip-'n'-save on his quote about Paul Konerko for a few years down the road:

"I’ve had the unpleasant experience of watching him round the bases a few too many times on us, but you know, he’s just that professional guy that’s handled himself on and off the field as well as anybody," Gardenhire said Sunday. "Clutch hitter, always big in those big situations for you, and a guy that you hated to see come up from our side in RBI situations, because he was the man. He wasn’t going to miss."

Don Cooper tries to stand up for Ronald Belisario, but it's really not about him failing as a closer anymore. It's more about the unfathomable .451 batting average he's allowed with runners in scoring position.

Longtime White Sox scout John Kazanas received the Roland Hemond Award for helping rescue a family from a van that rolled over six times after getting clipped by a truck back in June. Kazanas has scouted for the Sox since 1992, and he's credited with recommending Mark Buehrle and signing Brandon McCarthy, to name a couple of players.

John Kazanas is the scout who signed me and is one of the best people in the game. Nothing about this surprises me http://t.co/eRE6D0uBGj

As much as the White Sox value Quintana, there is a thought that they could explore offseason trades, dangling the southpaw in hopes of a massive haul in return. It’s not that they wouldn’t want Quintana around, but with the left-handed Sale at the top of the order, the left-handed John Danks signed to a contract that is difficult to move, and left-handed prospect Carlos Rodon on the rise, there is far too much weight on the port side.

I used to scoff at adults who bring gloves to games, but if they have kids and are sitting in a line-drive zone, it might be more foolish to go barehanded.

It's rare that Joe West is the sympathetic figure in a player-umpire confrontation, but Jonathan Papelbon just might be magical enough to make it happen.

Jonathan Papelbon was pissed after Joe West ejected him for grabbing his groin in response to boos. CC: @katienolan https://t.co/w2D7OXSUT4