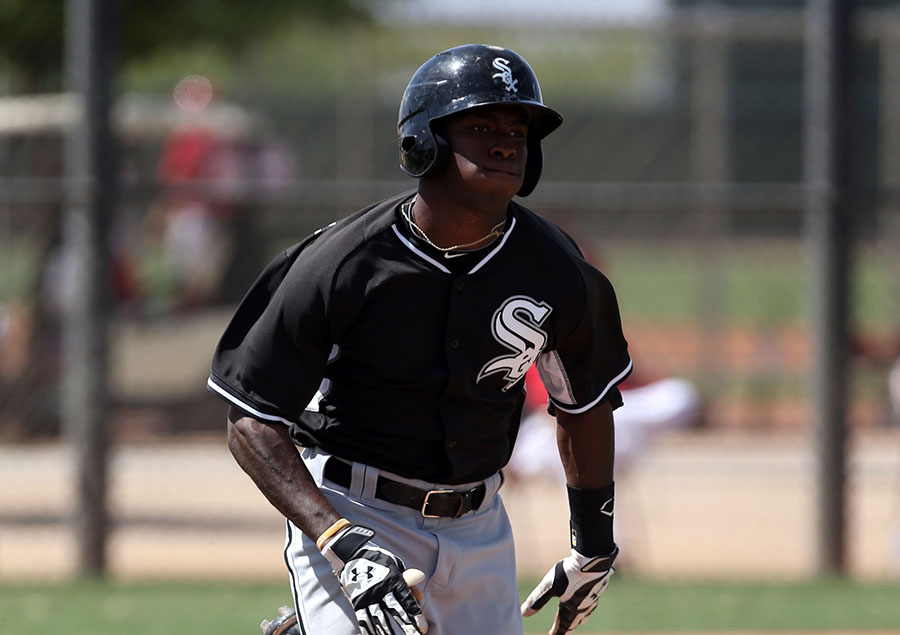 As we enter Spring Training, prospect list season has officially come to a close with all of the major outlets having published their lists for the Sox. Jim did this last year and I remember finding it interesting, so thought I'd consolidate the popular lists out there and see what we can glean from them. Enjoy!

* As Jim pointed out last year, with the system continuing to improve, relievers seem to be a thing of the past on these lists. Sure, there's a pretty good chance that one or both of Montas and Danish end up in the pen (if they even stick in the majors at all), but both are being groomed as starters and look to have at least a decent shot of sticking there.

* More evidence of the improving depth of the system, guys like Chris Beck and Trayce Thompson (somewhat middling prospects, both of whom have been fixtures on these lists the last few years) made only one list each. Heck, just last year Jared Mitchell's name still appeared on MLB's list.

* Rodon at #1 and Anderson at #2 seems to be the industry consensus, with Baseball Prospectus probably "getting a little too cute" placing Anderson at the top as larry noted in the comments of a recent post.

* You won't see it in the table above, but Erik Johnson ranked #1 in 6 out of these 8 lists last year (with Jose Abreu removed by Jim for consistency) before his horrific 2014 season. Obviously there's no guarantees he regains his stuff (which was vastly diminished last year), but we should probably hold off on declaring him a total bust just yet. If he's able to get that velocity back, that would be a very nice addition to the rotation depth chart.

* Likewise, Matt Davidson appeared in the top 4 in 6 of these 8 lists last year (and I believe the other two were done before he was acquired). Looking at this year's lists, there seems to be two schools of thought on Davidson. Law and larry (and to a lesser extent MLB) appear to be taking a wait and see approach. The others have left him off of their top tens completely.

* Everyone seems to have a pretty similar view of Frank Montas after his breakout year as he ranks between 3 and 5 on every list. The consensus seems to be a power arm with starter potential, with a fallback plan of being a high-leverage reliever.

* I'm a little surprised Spencer Adams is getting as much love as he is (between 3-5 on every list but one, on which he's 6th). He was pretty highly regarded coming into the draft and he killed it in rookie ball (59:4 K:BB ratio), but I thought at least a couple of these guys would pump the breaks on him citing the low level of competition (not that I'm complaining).

* I mentioned something similar in a comment recently about Micker Adolfo (him being years away plus poor results), but larry keenly pointed out this is probably more a product of us (myself specifically) not being used to the Sox having any legitimate Latin signees.

* The consensus on the system as a whole seems to be that it's much improved (particularly with the last two drafts), but still lacking in depth. Law and Kiley McDaniel (of FanGraphs) in particular commented on the positive momentum they've generated over the last couple of years.

* There's a couple tidbits to note about the different outlets this year (and there are probably more that I'm not aware of). FanGraphs brought in Kiley McDaniel to run their prospects division and he immediately brought some serious credibility they were lacking in that area. His writeup is fantastically in-depth to the point where I'd consider it the most interesting read this side of larry. John Sickels, who I've enjoyed reading over the last handful of years, unfortunately had a bunch of health and family issues this year and has admittedly had less time to scout than in the past. As larry mentioned previously, he already has it tough trying to cover all 30 systems by himself, so just take that with a grain of salt. I believe MLB brought in Jim Callis somewhat recently, though I can't recall if that was this year or last. And I think I recall hearing about some somewhat major defections from BPro and/or BA (though someone else can probably correct me).

By all means, please point out anything I missed. Jim - feel free to post to the homepage if you deem it worthy.