Share All sharing options for: South Side Sox turns 10

It seems like it was just yesterday that The Cheat turned his eponymous "ChiSox Blog" into a member of the fledgling SportsBLOGS network. 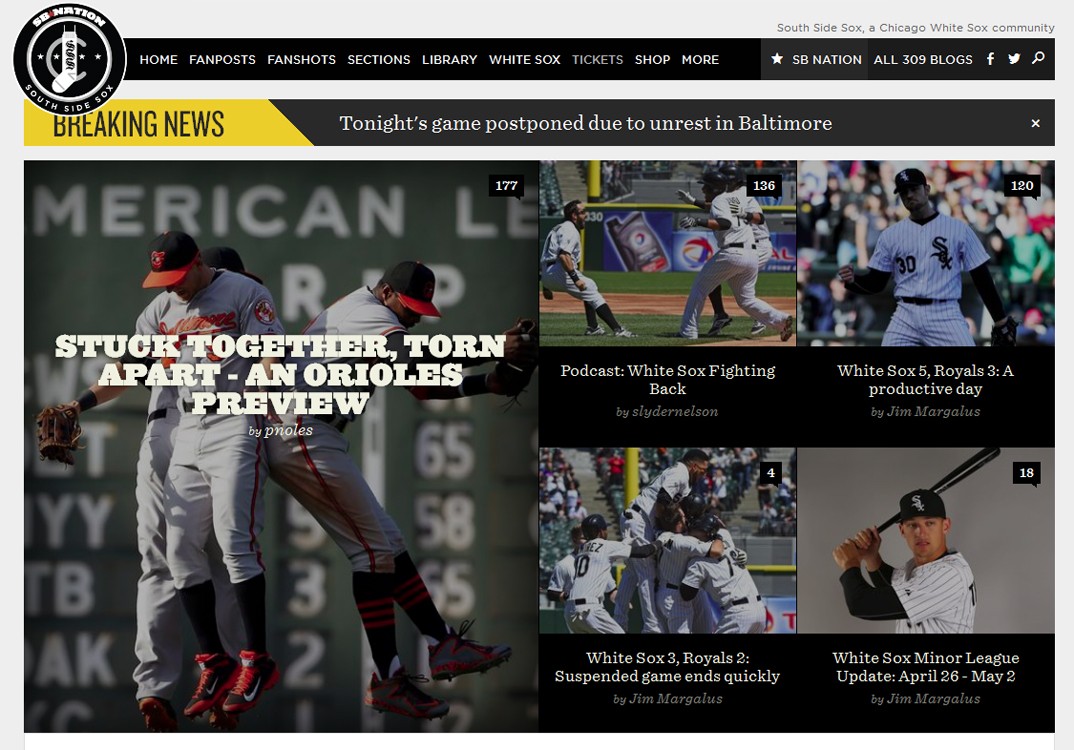 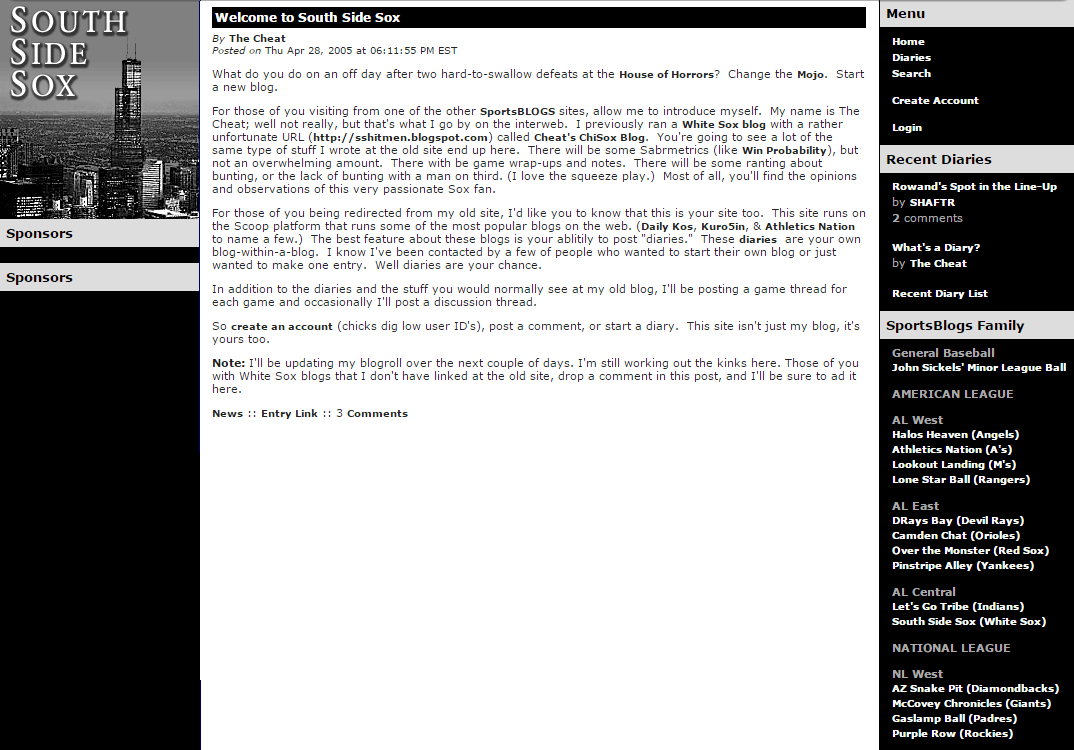 Funny thing is, when looking at the transition post from his old blog, you can easily create an alternate universe in which South Side Sox doesn't exist:

It was a nice run here. I pretty much quit writing back around Christmas, and lost the desire to post new material. I didn't know if I'd get even back to blogging regularly early this spring. Then as the spring training started I was reenergized, and I've been going strong ever since opening day.

OK, South Side Sox would have existed by some name in some form, because SB Nation was going to add or create a White Sox site somehow, but it would have been different. And considering I found SSS through talking with Cheat and other Sox  fans at Baseball Think Factory (which was Baseball Primer back then), perhaps my connection to this blog, which goes all the way back to its first season, just might have been tenuous at best if somebody else ran it.

Fortunately -- or maybe unfortunately, if you expect better -- the Cheat turned this blog into a monster, and I had a good idea of its scale when running the distant-second Sox blog. When he eventually stopped overseeing it after five-plus years, SB Nation came to me. It wasn't the easiest of decisions, mainly because I ran a peaceful autocracy at Sox Machine where I never had to ban anybody and people sometimes apologized for cursing, even though I never said it was against the rules.

But after careful consideration, we figured out how to merge Sox Machine with South Side Sox, and 53 months later, I think I'm finally get the hang of the steering on this star destroyer.

The timeline, if you were wondering:

I still have 12 months to go before I become the most tenured managing editor (and nine months until my personal 10th birthday). So, yeah, this site wouldn't be what it is without the work of Cheat, as well as everybody who kept -- and keeps -- the site moving. Such as Larry. Or Mark. Or HSA. Or Colin. Or Gus. Or Rob. Or Ken. Or Steve. Or pnoles. Or Josh. (And, for you hipsters: Or Wiz. Or Keith. Or CrossCyed.)

And what we write wouldn't mean nearly as much without the active participation, humor and scrutiny from you, the South Side Sox readership, who collectively once held the distinction of being named the eighth-best blog community on some arbitrary ranking. And while eighth-best is pooty goo, rest assured you're at least third-best my heart.

All kidding aside, thank you. It's fun because you're fun, and I (and we) appreciate your patronage and support, whether you've been here 10 years or 10 minutes. If you're closer to the latter, stick around. We do things.