Let's try this one more time with feeling. 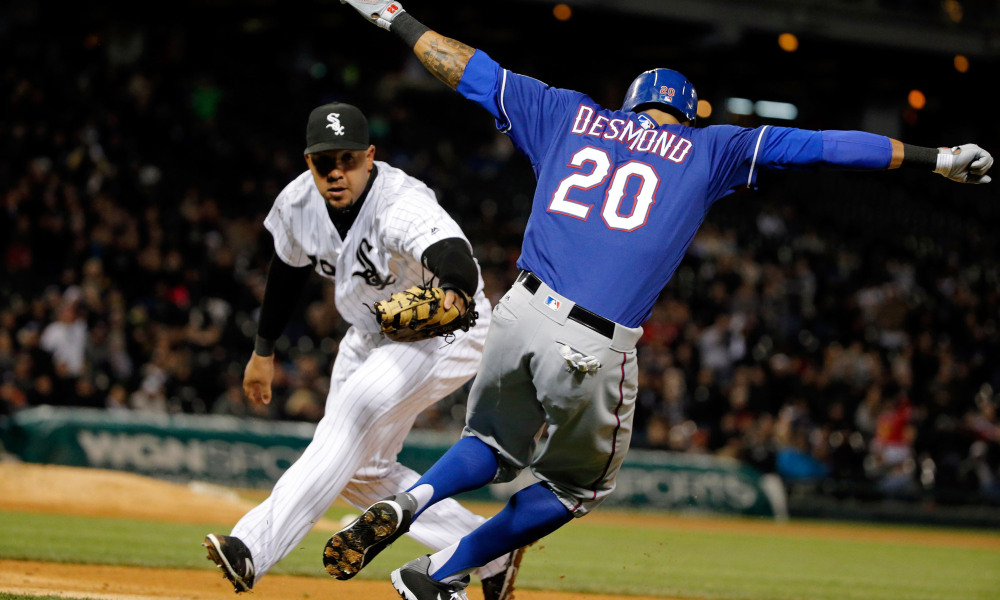 No. 1: Jason Castro - Two years, $10 million. We need a catcher alongside Narvaez, but I'd want them to do pretty much 50/50 playing time. In other words, this is like last year but with different dudes. I have more faith in these.

No. 2: Ian Desmond - Three years, $30 million. This year, the Rangers proved both smarter and bolder than us by signing him to a "prove it" 1 year deal. They put him in the outfield and he wound up fitting in just fine there and having a great offensive year. Looks like the Desmond of old at the plate. He'll play left for us, allowing Melky to slide over to DH. Can also fill INF in case of emergency. OF depth piece detailed below *hint hint*.

No. 3: Dexter Fowler - Two years, $20 million. Here's our center fielder. Definitely a guy we should have signed last year, let's not make that mistake again.

Avi Garcia and Chris Beck to the Dodgers for Yasiel Puig. Based on how openly the Dodgers have alluded that they're over him, I can't believe a team hasn't made a deal yet. We'll take him. This is our final "go for it" year before a full rebuild. Best case, he finds refreshment in a new environment and goes back to stud level. Worst case, we have a young guy with a high ceiling who didn't cost much.

I believe we could contend with just a few moves, but I also believe this should be the last go at it before a complete teardown. Give Renteria this bunch and see if we can't find the chemistry we were all hoping for last year, with some newly acquired sparks.

If 2017 looks anything like 2016 by the time the All-Star break rolls around, sell everyone. Go to the Red Sox or Dodgers dangling Sale and Quintana, or whoever they'll take. As long as Fowler, Melky, 2nd Half Abreu, Desmond, and Frazier continue to play well in 2017, we should be able to unload them too. Robertson as well, to a contender.

Thanks for reading this plan. I make no claim to have any brains for this stuff. I have held back the last few years for fear of ridicule but decided this year to have fun. So what the hell.