The 2016 White Sox squandered the chance to compete for the post-season by failing to sign one of the major outfielders available to round out the lineup. Adam LaRoche's retirement opened the door for the team to re-invest some of his payroll into a position player to bolster the offense in a move that failed to materialize during Spring Training. The White Sox instead traded for James Shields in a move that sabotaged current and future payroll flexibility.

The current approach of making trades for aging borderline stars and surrounding them with lower-tier free agents has failed, burning depth and talent for diminishing returns. The team has been better at drafting in recent years but this is still a system that's lacking in both front-line starting talent and in competent bench depth. The one thing that the White Sox can - and I'd argue should - maximize is the payroll.

Many fans are frustrated that the team hasn't signed superstar free agents despite hearing in the news about baseball's soaring, record revenues from new TV deals and multimedia mergers. As a result attendance is dropping as fans are choosing to spend their time and money elsewhere. Signing Yoenis Cespedes might not have pushed the White Sox into the playoffs, but his productivity might've kept them in the race and drawn more attention and attendance. The front office has implied that the team isn't signing premium free agents because ownership fears that White Sox fans wont buy enough tickets.

This standoff is becoming toxic as both "fickle" White Sox fans and "cheap" White Sox ownership acknowledge the potential positive impact of an elite free agent but also are pointing the finger at each other and saying "No, you spend first!".

I love watching Chris Sale and Jose Quintana pitch, but I'm sick of attending games to see them play well and lose because the team can't score runs. I agonized trying to decide if I should purchase tickets for Chris Sale's last start before the trade deadline because I desperately wanted to see him pitch his last game as a White Sox just in case he was traded. Two months later I was so frustrated with the team's lackluster play that I chose not to go to the last game - perhaps Chris Sale's last start if he's traded - despite having already purchased tickets.

Earlier in the 2016 season I wrote that a full fire sale would lead to a very short rebuilding period, because Sale and Quintana would be the most sought-after trade assets available. It's still true and if the ownership group holds to their side of the standoff and doesn't authorize the payroll needed to go for it then I'd say throw out my entire plan and go scorched earth rebuild.

Unfortunately GM Rick Hahn acknowledged in an interview that they haven't done a rebuild because ownership is afraid of losing more attendance revenues. And so the White Sox continue their slide from mediocrity to irrelevance as ownership's failure to invest in the team leads a vicious cycle as attendance declines and is then used to justify the lack of investment in the team.

Drastic action needs to happen to address the attendance issue as the team goes into a critical pair of seasons before the expiration of the TV deals in 2019. The Cincinnati Reds just signed a new TV contract, but the owner acknowledged that while the TV deal is going up, the poor play on the field resulted in them making less than they could have. The White Sox are and have been a profitable team, but this is a critical opportunity to invest in the on-field product with the express desire of getting more of that investment back in both attendance and annual TV profits.

So what am I recommending?

From my perspective, I can't pass up on the opportunity to capitalize on a franchise that has a rotation with two potential Cy Young winners and several solid, above average position players.

My plan for the 2017 White Sox is aimed at re-gaining the hearts, and entertainment dollars, of White Sox fans. I'm going big, and I'm spending more than this franchise ever has in both free agent commitments and total dollars. As Ned Coletti would say, "Its time to burn the ships."

There's nothing too shocking on my list. I'm non-tendering Avi Garcia and JB Shuck. In order to productively earn a spot as a major league player Garcia needs to change his swing and this organization isn't equipped to help him do that. The depth issues with the team are strong enough that I don't want to walk away from any relievers who might have upside. The trio of relievers at the end represent a tryout of assets on hand

Matt Albers caught lightning in a bottle for a month at the end of 2015, and again for another month at the beginning of 2016, but after that he was just struck by the lightning.

I'm letting them all go. My plan hinges on upgrading the first two of those positions and creating a rotating DH to address the third.

Jason Castro, Catcher, for 3 years, $30M. I'm of the belief that a catcher's pitch framing skills are akin to University entrance exam scores, like the SAT or ACT, in that good to great scores won't ever guarantee entrance into your school of choice, but bad scores will definitely keep you out. Dioner Navarro and Alex Avila's pitch framing skills were so poor that they lost the bottom of the strike zone for most of the season, eliminating the effectiveness of Chris Sale and Carlos Rodon's "out pitch" wipeout sliders. The White Sox will have to outbid the Astros and perhaps a few other teams who may be giving the side eye to their catching situation right now, and will probably have to sacrifice the 12th pick in the draft to get him if he's given a qualifying offer.

Josh Reddick, Left Fielder for 3 years, $45M + vesting option. I'm signing Josh Reddick and sticking him out in left field to make the most of having both him and Eaton in the corners. He's struggled with staying healthy his entire career, which is why I'm making a 4th year possible based on how long he's stayed off the disabled list. If he can stay healthy he can provide much needed lefty pop from his bat and defense with his glove.

Andrew Cashner for 1 year, $15M. This is an overpay in the "Coop will fix him!" mold, but with the White Sox's track record of getting pitchers healthy he's worth a gamble on a one year bridge deal. If they can keep him healthy he's a good candidate for a 2018 Qualifying Offer, and he wouldn't cost a draft pick this year.

Travis Wood for 1 year, $8M + 2018 Mutual Option at $10M or buyout of $1.5M. Travis Wood is a versatile left-handed reliever who could bring a lot of stability to this bullpen.

1B Jose Abreu* and Matt Davidson for OF Andrew McCutchen. If the Pirates are truly motivated to move McCutchen this offseason to make way for some of their younger players, then that seems like the perfect opportunity to add an All Star outfielder who might actually have that bounce back year that players coming to the White Sox tend not to have. The Pirates would then get Abreu and his pop at 1B replacing John Jaso's uninspiring offensive production. Davidson is an add-on to help motivate the Pirates.

*If the Pirates are truly considering a rebuild, or want to simply go cheaper then this trade becomes "1B Jose Abreu for the prospects needed to get OF Andrew McCutchen in a 3 team or two separate trades transaction."

White Sox send SP James Shields + 2 non-top 10 prospects for Reds 1B Joey Votto. Joey Votto has a monster contract, but he's also one of the best on-base specialists in baseball as well as a solid defender at 1B. The Cincinnati Reds are in an open rebuild, and in exchange for a bailout of his contract the Reds eat the Shields contract as well as receiving two prospects from outside the White Sox top 10.

My proposed White Sox payroll sits at over $160M. My proposed White Sox are the spiritual successor to the 2008 Yankees, a mercenary superteam with ugliness in its future, but whose lineup would be a meat grinder for the AL Central to go through and whose rotation can hold other offenses at bay. 25 man below.. I'll see myself out. 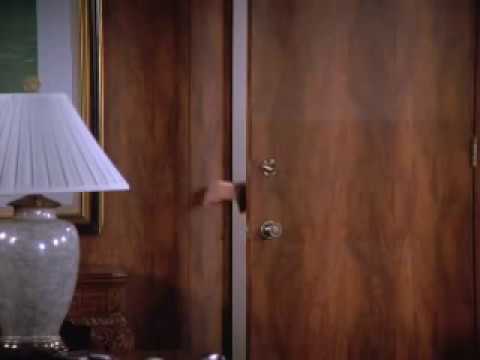