On this day where we’re all thankful for something, a tribute to the guy who introduced me to the White Sox

[Originally published on Nov. 22, 2018, this is a re-run of last November’s Thanksgiving/birthday post, which may have gotten a little buried under a holiday, the offseason, and a 100-loss debacle of a season. We’ve got a lot of new people coming by these days, so what the hell, I’m gonna re-rack this one as a Father’s Day post—BB]

Well, I didn’t think there’d be any sort of special Thanksgiving Day post today, at all.

And then, Thanksgiving started to creep up, and I figured it might be a chance to earn back some rah-rah points with the Chicago White Sox themselves. You know, make up for some of our harsher takes on the team this summer with a sweet, Hallmark card of a prose poem detailing Things We Love About the White Sox, or some such.

So as I got to thinking, well, here’s something a little bit different. Perhaps it can be subtitled

because it’s not just Thanksgiving Day, in my life. It’s also my father’s 77th birthday. Our first game together came in the storied season of 1977, and, uh, I suppose you can see where this is going.

It’s already been a weird year for this White Sox fan. In June, my mom passed away, during the worst season in my lifetime as a White Sox fan, a 100-loss abomination that I was forced by this gig to play closer attention to than any season, ever — even those when I was on the doggone White Sox beat, believe it or not.

And now, by coincidence of calendar, Thanksgiving Day after a 100-loss season falls on my dad’s 77th.

Have I told you before that this former Chet Lemonhead saw his first game in 1977? Yeah. Here’s the stub, bub:

I mean, seriously, the thrills of that game, at eight years old, being one of the boys (my father dragged me as a fifth or sixth wheel, along with several members of the Highwood Postal Service and/or Police Department). Apologies for any editorial reruns here, but the thrill of seeing kielbasa clubber Richie Zisk hit a home run over the Comiskey Park roof ... watching a ball climb up, and up, and up, and ... just ... disappear ... was simply majestic.

Of course, getting into something your dad loves is a surefire way to develop a lifetime love. But even if my dad wasn’t already my hero, well, seeing that home run, hearing the scoreboard and anxious, excited whispers of the fans around me trying to figure out what just happened (someone listening on a transistor radio to the play-by-play gave us the scoop on the over-the-roof) made me a White Sox fan, forever.

Since that game, my dad and I have probably seen 100 or so games together — perhaps 100 in the two Sox Parks alone. One of our many ballgame traditions is playing catch at Armour Square Park beforehand: 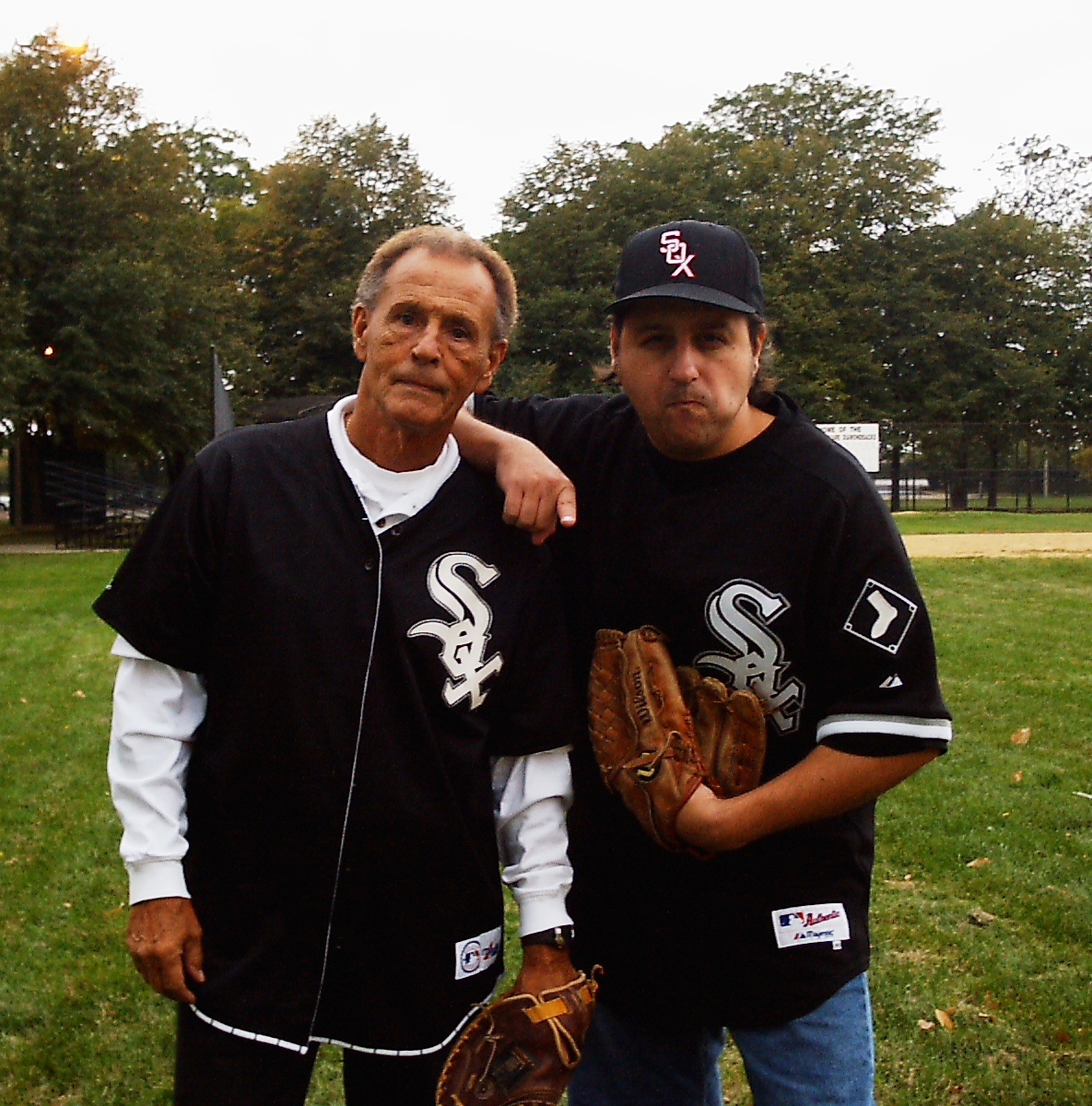 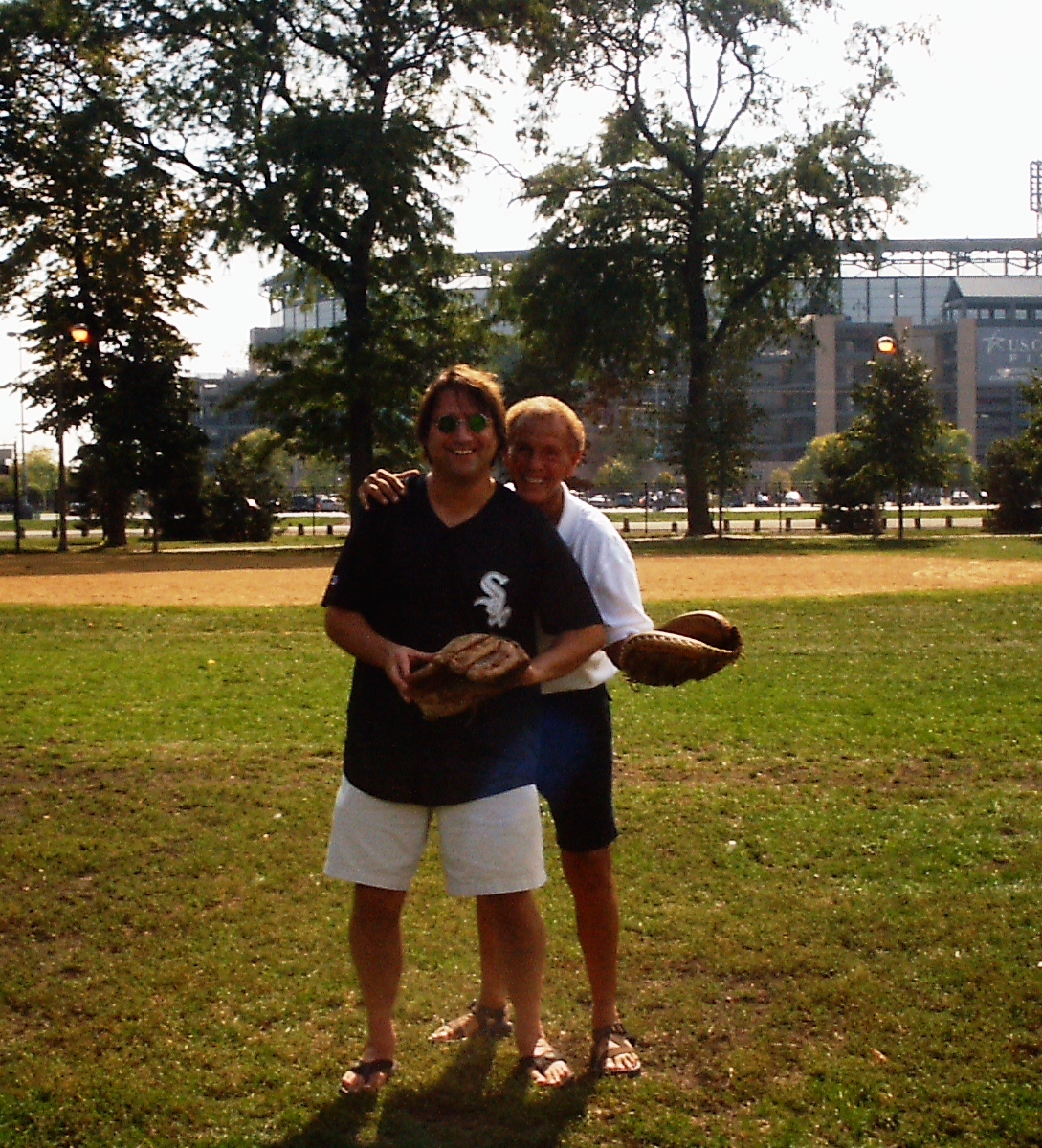 Mostly an excuse to use the photo slider function here, but here’s a couple of the many shots my dad and I have taken over the years in Armour Park, playing catch before ballgames. Both of these came during games in the 2005 playoff run. Side note: No one ever seems to want to pose with old-timey fake tobacco chaw in mouth, what’s up with that?

We also saw a ton of other highlight games, including both the Mark Buehrle no-hitter and perfect game. There were at least a few more roof shots, in the early 1980s, when the combination of the big bats of Greg Luzinski, Ron Kittle or Carlton Fisk, and home plate moving up 10 feet or so, made them more frequent. We saw Chris Singleton’s inside-the-park home run, Carlos Lee’s walk-off grand slam against the Chicago Cubs, Oscar Gamble’s left-handed White Sox season home run record, a few of the final Comiskey Park games, the abominable Comiskey II opener, and much more.

But we’ve also traveled to nearly every major league city to see games. About the time our quest petered out, we had only Toronto, Oakland and Phoenix left to cross off on the list.

Gallery Key: 1. Fenway ca. 2000, prior to a particularly ribald Yankees-Red Sox game 2. Citizens Bank Park in Philadelphia (where I thought crab fries had real crab in them), part of a marathon Cleveland-Pittsburgh-Philly-Washington road trip 3. Carrying on the catch tradition (which we have done at all parks) in the parking lot of Dodger Stadium 4. Petco Park 5. Camden Yards, inaugural season 6. Pops in action, two Atlanta ballparks ago. 7. Candlestick Park, in the freezing frigging cold 8. Riverfront Stadium, Jah, Rastafari!

Unfortunately, over the years, the two of us have grown apart, and hey, you know, that’s just how things go. It’s not the best development, especially for two guys bonded by baseball, and who seem to be having quite a bit of fun in all these photos. But life works in funny ways, and doesn’t always go the way you want it to. I’ve said it many times: We had a great run together.

So, as this weird year of White Sox baseball winds down, I wanted to take time out to salute the guy who marveled at my memorization of all the White Sox (and every other player, seemingly) in the 1976 Topps baseball set; taught me to play baseball and worked out with me for years and years, first for a competitive Little League and high school edge, then just for kicks; bought me countless souvenirs, from piggy banks to batting gloves to endless yearbooks and programs; thrust himself fully to the superstitions and rituals of the White Sox pilgrimage, whether hitting the elotes stand for eats first or vociferously booing any and all manner of opponent successes.

Pops bragged on (and embellished) me to no end, to anyone who would listen — and who doesn’t want that in a dad?

Most simply put, my dad drew me to the White Sox in the first place, setting in motion a lot of my most cherished memories — and work experiences — to come.

On this Thanksgiving, I am so very thankful for him. 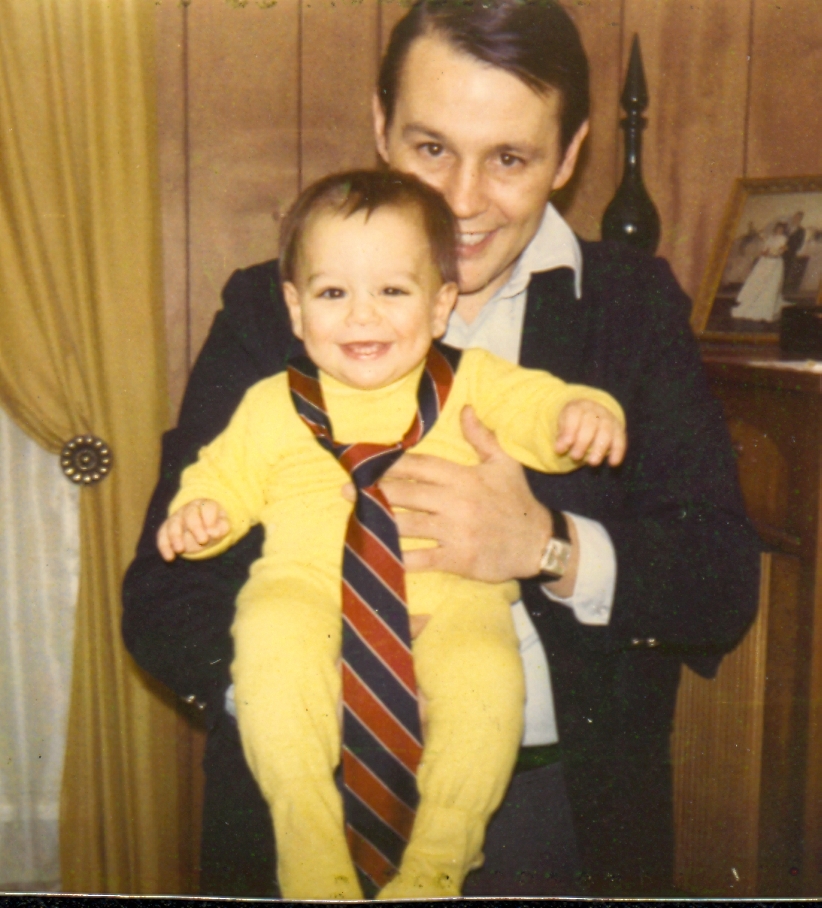 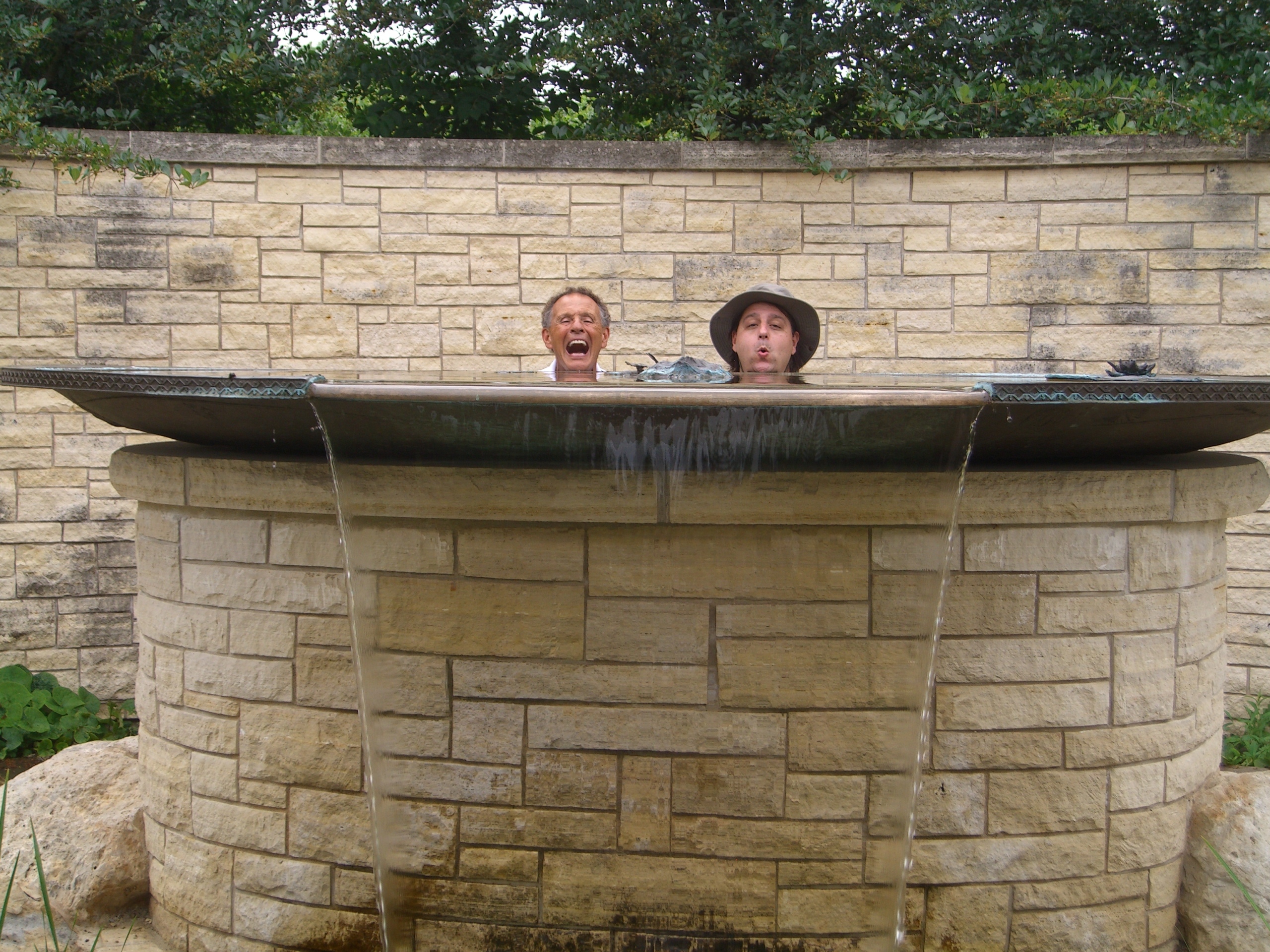