Now that the White Sox-Giants World Tour 100th Anniversary series has come to a close, I'd like to direct you to the completed section page. Along with every post you've seen here, it's topped off by a post indexing all the stops, along with a max-width map.

Also, I drove to Cooperstown on Monday and took a few photos of the artifacts from the tour on display. Here's Sam Crawford's sweet road blue White Sox jersey: 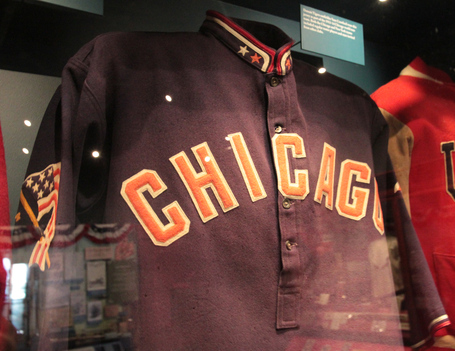 And below are a medal that each member of the traveling party received upon returning to New York on March 6, 1914, and the ribbons worn by the members of the reception committee. 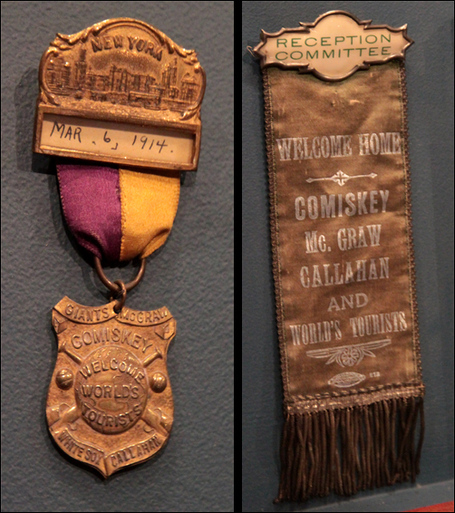 While on Main Street, I came across what might be my next history project.

I dunno, it might take more than five months to deconstruct this thing, judging by how much I struggled with the quiz on the back. 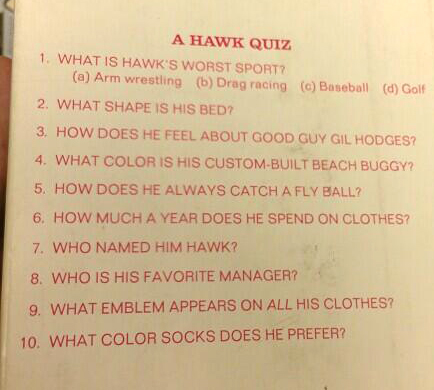